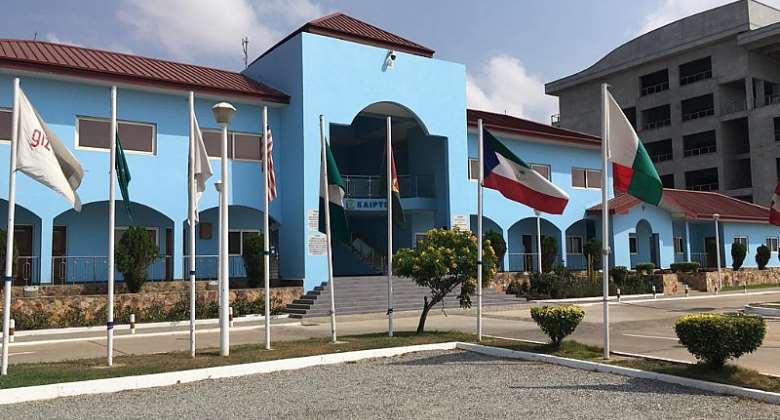 According to a statement sighted by Modern Ghana, the conference is slated for 12 November 2019 on the theme; “Peacekeeping in Africa: Fostering Partnerships and Synergies” at the UN Headquarters in New York.

The conference is expected to, among other objectives, increase cooperation between partners in peacekeeping operations, and discuss ways to advance the strategic and operational effectiveness across the various components of UN missions, including training, planning readiness and capacities.

The statement indicated that “AU Member States, the African Union, African Regional Economic Communities (RECs), think tanks, as well as the other international partners of the KAIPTC, including Denmark and Sweden will join other key stakeholders to discuss commitments under A4P, such as advancing lasting political solutions”.

The statement further adds that the conference will strengthening the impact of peacekeeping on sustaining peace, improving peacekeeping partnerships, strengthening performance and accountability and implementing the women, peace and security agenda.

It will also be open to the participation of all UN Member States.

The conference is consistent with KAIPTC’s strategic objective plans for 2019-2023 that provides a broad framework for engaging the AU and its Regional Economic Communities (RECs), particularly on issues of peace and security.

The Centre is one of ECOWAS’s Training Centres of Excellence mandated to provide research, training, policy interventions and education on peace and security. To achieve this objective, KAIPTC liaises with international actors, ECOWAS, AU, and UN Member States, bilateral partners and the Government of Ghana.

“Equally, Norway and the United Kingdom historically have been some of the key countries that supports initiatives of the Global South to promote peace and security. Through direct and indirect support, they have continued to support African regional organizations, such as the African Union and ECOWAS to maintain peace and security on the continent” the statement mentioned.

It is emerging that their support to the African peace and security architecture by facilitating dialogue between parties to conflict and supporting other actors’ conflict resolution efforts has contributed immensely to finding lasting political solutions to wars and conflicts on the continent.

A comprehensive document, summarizing key policy recommendations on opportunities, mechanisms and partnerships for peacekeeping operations as well as contribution to the ongoing peacekeeping reform initiatives will be delivered.

It is also expected that new ideas for training will be shared that could lead to the development of new training modules in the areas of Peace and Security.

Meanwhile, in sustaining commitment to addressing Peacekeeping challenges in Africa, the UN Peacekeeping remains one of the most essential tools for creating lasting peace and responding to international crises.

However, peacekeeping missions in recent times are facing increasing pressure to adapt to volatile environments, and now operate in far more dangerous, complex and high-risk environments.

They face threats from armed groups, criminals and terrorists violent extremist groups who pose a major threat to the successful implementation of mandates, aside with the realities of budget cuts and growing expectation for existing missions to achieve expected outcomes with fewer resources.

In support of the UN Secretary General’s “Action for Peacekeeping (A4P)” initiative, which among others, seeks to renew mutual political commitments and make missions stronger and safer, the Norwegian Mission to the UN is partnering KAIPTC and the Ghana and UK Missions to the United Nations to organize a one-day conference on the theme: “Peacekeeping in Africa: Fostering Partnerships and Synergies” at the UN Headquarters in new York on 12 November 2019.

The main purpose of the conference is to sustain and expand the political momentum and the shared commitment for discussing the challenges confronting peacekeeping especially on the African Continent, and to deliberate on ways to deal with emerging security threats.

The meeting will also provide an opportunity to discuss the outcomes and implications of managing peacekeeping challenges in these uncertain times including reinforcing UN-Africa peace and security partnerships, identifying resources for sustaining peace in Africa, and building on cooperation with African regional and sub-regional security frameworks.

High-level government officials from the UN and key stakeholders from AU Member States, the African Union, African Regional Economic Communities (RECs), think tanks, as well as international partners, including Denmark and Sweden will be in attendance.