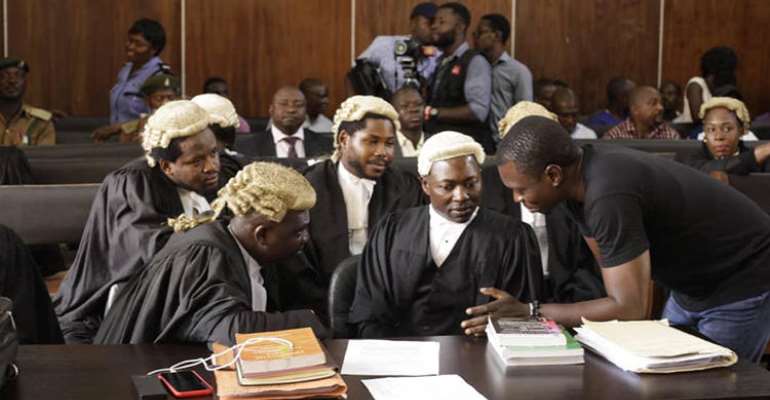 New York, October 24, 2019 -- The Committee to Protect Journalists today expressed concern over a Nigerian court’s decision to grant anonymity to witnesses set to testify against journalist Agba Jalingo and deny the public access to the courtroom during the trial.

A federal high court in Nigeria’s southern Calabar city yesterday granted anonymity to individuals expected to present evidence against Jalingo, the publisher of the privately owned news website CrossRiverWatch, according to Attah Ochinke, the journalist’s lawyer, who spoke to CPJ by phone. Ochinke said such a decision would limit the defense’s ability to challenge false testimony. The court also ruled that the public would not be granted access to the courtroom during the trial, Ochinke said.

“It is impossible to see how a fair trial of journalist Agba Jalingo could proceed when the prosecution witnesses’ identities will be kept secret and the public is denied access,” said Angela Quintal, CPJ’s Africa program coordinator. “Jalingo should never have been arrested or charged in the first place, and the decision to grant anonymity to witnesses set to testify against him and deny transparency to the public only deepens the injustice of the case.”

Jalingo was arrested on August 22, 2019, and has been charged with disturbance of public peace and treason for his writings and posts on social media about Benedict Ayade, the governor of Cross River State, according to CPJ reporting. Ochinke told CPJ he is considering filing an appeal of the court’s decision. Jalingo’s next court date is scheduled for October 30, he said.

CPJ repeatedly called Dennis Terver Tarhemba, a prosecutor in Jalingo’s case, but the line was busy.