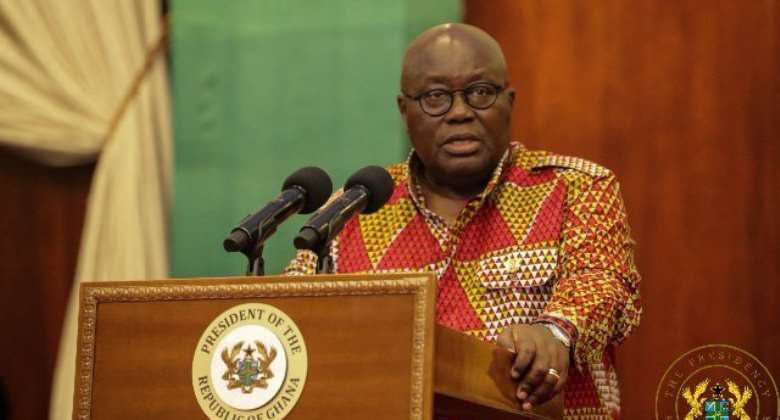 Akufo-Addo's government is a proponent of Ghana Beyond Aid agenda

The decision by the government to terminate the PDS deal should be a test case for government’s agenda of Ghana Beyond Aid, Citizen Watch, a think tank, has said.

Citizen Watch has hailed Nana Akufo-Addo’s administration for its bold decision to cancel a power deal with Power Distribution Services (PDS) over allegations that the concessionaires perpetrated a fraud on the state.

“For the government to call it off means there is an opportunity to raise $200 million from the local market or partners, more especially as the country is in the era of Ghana beyond aid,” the think tank said in a press statement.

In the press statement issued in Accra and signed by Francis Mensah, the Convener, the group said the government needs to establish a special purpose vehicle to help raise this $200 million to support the said operations of Electricity Company Ghana (ECG).

“Through these, the ECG would be making some money to meet its maintenance cost. Even at ground zero, the holding company could have recovered their cost,” the group said.

“PDS should not have been a single company running this business from the get-go. There could have been five companies running ECG and that was where the woes of ECG began.

“The NDC and NPP were scared of the neo-colonial master. For the NPP government to cancel the deal shows some boldness. The $190 million is no money, lets spread it among Ghanaians and what does it take to get there?” the statement asked.

The Government of Ghana has terminated the concession agreement with PDS Limited to take over the assets of ECG for distribution of electricity in the southern sector of the country.

The move was necessitated after a forensic audit conducted by the Millennium Development Authority (MiDA) and Ghana government revealed that Demand Guarantees issued for the Concession Transaction were invalid.

The investigations re-affirmed the earlier report that there was no approval by competent signatories to the Demand Guarantee issued by Al-Koot in Qatar, therefore, the transaction lacked the required authorisation and approval of the Company.