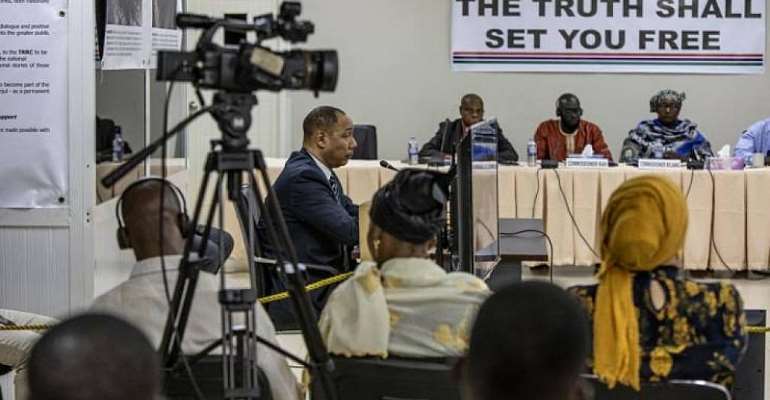 Edward Singhateh, defense minister under longtime ruler Yahya Jammeh, has admitted to The Gambia's Truth Reconciliation and Reparations Commission in Banjul that he personally arrested two men on suspicion of staging a coup – one of whom was tortured, the other who died in detention.

Sana Sabally was held in prison for nine years. Sadibou Hydara died while in custody.

During two earlier appearances before the TRRC, Singhateh, the Number 2 of the Jammeh junta, admitted his responsibility in the killings of 11 soldiers during the November 1994 failed putsch.

Confessions
"I am perhaps responsible...for putting Jammeh there. So anything that has happened, I feel partially responsible. For that I'm deeply remorseful," the British-born former army captain said.

The TRRC hearings have shed more light on the summary executions, forced disappearances and abuses that marked Yahyah Jammeh's 22-year reign of terror.

Henchmen and members of hit squads have confessed committing crimes on the ex-president's orders.

Jammeh came to power in a bloodless coup in 1994. He downed his military fatigues two years later to run for president as a civilian.

He was repeatedly re-elected in disputed circumstances, but was forced to flee the country in January 2017, after losing presidential elections to Adama Barrow and initially refusing to step down.

He was granted asylum by Equatorial Guinea strongman Teodoro Obiang, just as West African states were about to send a military expedition to Banjul to take him out.

String of atrocities
These include the murder of newspaper editor Deyda Hydara in 2004, the gruesome murder of Gambian American businessmen in 2013 and the 2005 killing of 56 African migrants including 44 Ghanaians.

“The evidence of the crimes committed during those 22 years is just flowing out day by day. Gambians are watching the testimonies as a soap opera," says Reed Brody, an American human rights lawyer who specialises in helping victims pursue abusive leaders for atrocities.

Sexual abuse
In an interview with RFI, Brody, nicknamed the "dictator hunter", says he expects the revelations to continue next week with hearings on sexual violence, including a deposition by ex-Gambian beauty queen Toufah Jallow who accuses Yahya Jammeh of raping.

According to the lawyer, Jallow is one the women highlighted in a Human Rights Watch and Trial International report about the system Jammeh used to lure women to his home and abuse them.

“We expect testimonies to follow about the literal witch hunt Jammeh carried out, when he suspected he was the victim of spells put on him by witches," Brody contended.

Long road to justice
While the TRRC hearings continue, Reed Brody takes up an issue he claims is causing chagrin and dismay to Jammeh's victims – many of those who testified in July about killings they carried out are still “free and walking around”.

Brody expects the Commission to recommend Jammeh's prosecution when it finishes its work in one or two years, if it gets an extension.

But, as he explains, the government will have to seek his extradition from Equatorial Guinea.