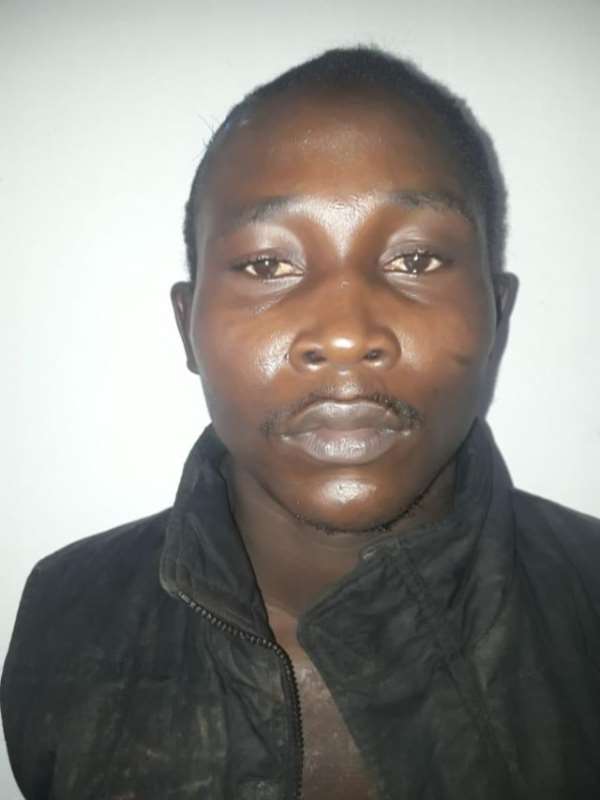 The Wa Circuit Court presided over by Justice Baah Forson Adjapong has sentenced a 23-year-old farmer to 20years imprisonment with hard labour for armed robbery.

Wakilu Adams was arrested on September 21, 2019, at Siriyiri in the Wa West District of the Upper West region around 2 am.

Prosecutor, Martin Dugbortse told the court that the accused, together with an accomplice, currently at large, was found armed with offensive weapons in the room of the complainant.

The convict, upon seeing the victim engaged him in fierce struggle and drew sharp cutlass from his jacket and inflicted severe wounds on the complainant.

The victim who shouted for help, was assisted by witnesses in the case to arrest the attacker.

The police were called to the scene and Wakilu Adams was arrested to assist in investigation.

He was arraigned before the Wa Circuit court and charged with four charges; unlawful entry, causing unlawful harm, stealing and attempt to commit a crime, to wit robbery.

The accused pleaded guilty to two of the charges, unlawful entry and causing unlawful harm But denied the other charges.

The court found the accused guilty of stealing and attempted robbery.

The two sentences are to run concurrently.