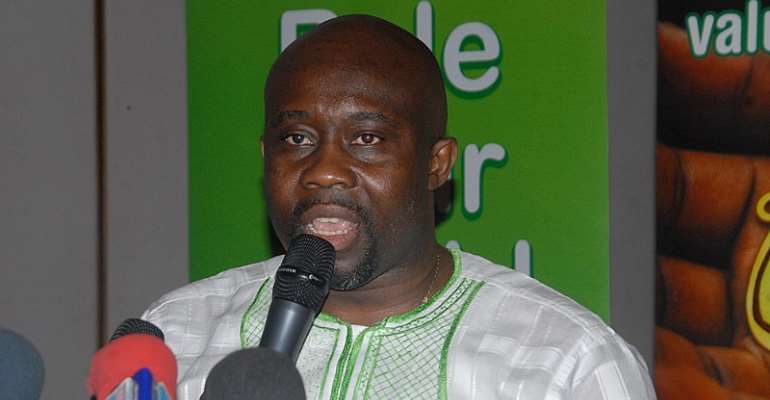 Deputy Minister of Communications, Hon. George Andah has said his outfit directive to ensure that owners of SIM cards of various networks in the country should re-register them by June 2020 or face shut down will stop cybercrime.

Citing various reports that showed the growing negative impact of cybercrimes worldwide, he expressed concern about how security breaches had gained notoriety with the capacity to endanger a global economy—increasingly linked through digitalization—and pledged government’s determination to stay ahead of the curve.

He said the directive will help in monitoring subscribers to be properly identified, help track criminals and clamp down on fake identity.

Speaking in an interview with Kwame Tutu on Anopa Nkomo on Kingdom FM 107.7, George Andah said, “The Ministry of Communications has assessed the challenges facing Ghana with respect to cybersecurity and charted a road-map that would ensure protection for government, business, the public and most importantly our children who have become a target for all forms of abuse and exploitation online.

“For government, cybersecurity is a public good. The benefits are shared. It is, therefore, an obligation that the government of Ghana through the Ministry of Communications takes it seriously. The government will make the necessary efforts to support national cybersecurity development efforts,” he assured.

He pointed out that, the SIM card registration will provide a legislative framework that will seal loopholes used by cyber fraudsters to perpetrate offences in the country.

According to him, arrests and prosecution of offenders and nation-wide sensitization programe on cybersecurity among law enforcers, prosecutors, and judicial officers to enable them to deal with cybersecurity effectively.

Background
Communications Minister Ursula Owusu-Ekuful who announced this Monday said the re-registration exercise will begin from January 1, 2020, to the end of June 2020.

Sim card registration in the country started in 2010 following a National Communication Authority (NCA) directive. The registration covered both existing and new subscribers of all sim cards from the various telecom operators in the country.

The Minister said users of mobile devices will have a six-month period within which to re-register their sim cards, warning those who fail to comply will have their cards deactivated.