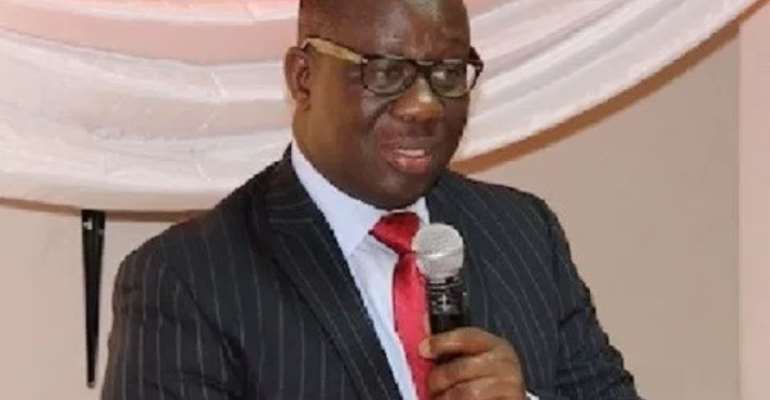 The Supreme Court has dismissed another application filed by former Chief Executive Officer (CEO) of the Social Security and National Insurance Trust (SSNIT), Ernest Thompson, challenging the decision of an Accra High Court where he is standing trial.

The application was seeking the special leave of the apex court to challenge the decision of the Court of Appeal to dismiss their application for stay of proceedings.

They had filed an application for stay before the trial court but it was dismissed and they subsequently went to the Court of Appeal.

The application was also dismissed by the Court of Appeal as there were no special circumstances for which the trial should be stayed, thereby upholding the decision of Justice Anthony.

The Supreme Court in July 2019 dismissed a similar application filed by John Hagan Mensah, Information Technology Infrastructure Manager of SSNIT, who was seeking to overturn the decision.

Appearing before a five-member panel of the Supreme Court presided over by Justice Sulemana Gbadegbe, lawyer for Mr. Thompson, Samuel Cudjoe, told the court that the charges levelled against his client were defective, as the charge sheet did not indicate how he caused financial loss to the state.

He said they were before the Supreme Court to ensure that the prosecution complied with the provisions of Article 19 Clause 2(D) of the 1992 Constitution.

He added that the determination of the application would largely inure to the benefit of the public.

The state represented by Richard Gyambibi, an assistant State Attorney, opposed the application saying the matter had already been determined by the Supreme Court in relation to another case.

He said the current application by lawyer for the ex-SSNIT boss is just a waste of time.

The panel after listening to the arguments dismissed the application saying the grounds for granting such special leaves cannot be considered “exceptional circumstances.”

Caleb Kwaku Afaglo, General Manager of Management Information Systems at SSNIT, and Peter Hayibor, General Counsel of SSNIT, are the other accused persons.

Lawyers for the accused persons on March 22, 2019 moved separate motions arguing that the charges against their clients were unconstitutional as they breached Article 19(2)(d) and (11) of the Constitution.

They also claimed the charges did not contain detailed particulars as required by section 112(1) of Act 30.

The prosecution, led by the Director of Public Prosecutions (DPP) Yvonne Atakora-Obuobisa, opposed the motions and argued that the lawyers were re-arguing issues that had already been determined by the Supreme Court in respect of other cases.

He held that the charges levelled against the accused persons contained particulars necessary to give the applicants reasonable information as to the nature of the charges preferred against them.

The court also ruled that to accede to the request of the lawyers would amount to compelling the prosecution to provide evidence in the charge sheet.

It is this decision that they have been fighting since.

Hearing of the substantive case continues on October 18.