Polls open in Tunisia for second round of presidential election 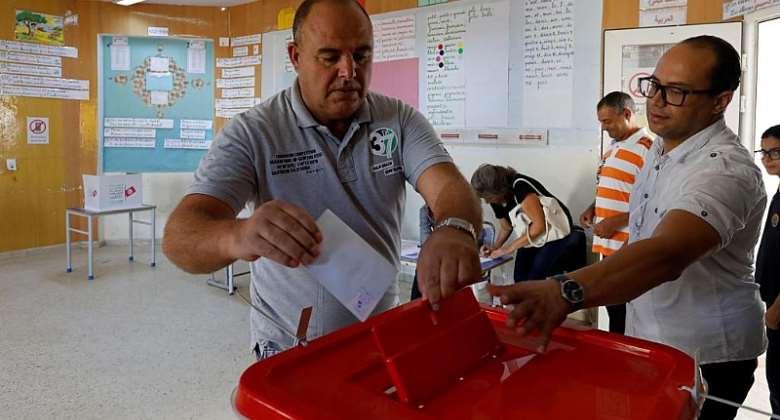 Tunisians began voting on Sunday in a presidential runoff pitting a conservative academic against a media magnate fresh out of jail. The political newcomers swept aside the old guard in the first round, highlighting voter anger over a stagnant economy, high unemployment and poor public services in the cradle of the Arab Spring.

Adding controversy and suspense to the contest, presidential contender Nabil Karoui walked free on Wednesday, having spent more than a month behind bars on suspicion of money-laundering.

This election is "more exciting than a local derby (football match)," said a young man taking part in lively debate on Bourguiba Avenue in central Tunis ahead of the showdown.

The vote, Tunisia's second free presidential poll since the 2011 revolt, follows the death of President Beji Caid Essebsi in July.

Polling stations opened to the electorate of seven million at 8:00 am (0700 GMT) and are due to close at 6:00 pm. Exit polls are expected by Sunday evening.

Karoui, a 56-year-old business tycoon, appeared relaxed, if at times hesitant. Speaking in Tunisian dialect, he stuck to his key themes of economic liberalisation and fighting poverty.

Serious but also at ease, 61-year-old independent candidate Saied called for the decentralisation of power and criticised the country's partisan system, in classical Arabic.

The runoff outcome remains uncertain, with a ban on opinion polls, but Karoui received a boost with his newly formed party, Qalb Tounes (Heart of Tunis), coming second in legislative elections a week earlier.

Saied topped the first round in the presidential election, held on September 15, with 18.4 percent of votes, while Karoui followed with 15.6 percent. Turnout for that round was a modest 45 percent.

Karoui presents himself as a candidate for the poor but spent most of his campaign imprisoned on money-laundering and tax-evasion charges. He was released on his fourth appeal in court after threatening to contest the results.