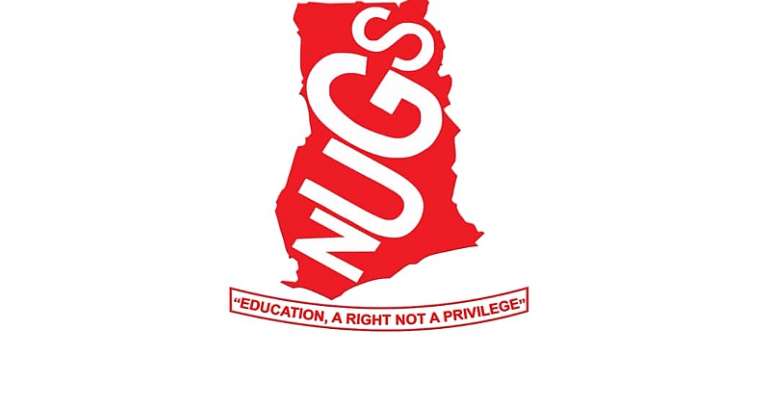 The National Executive Committee of the National Union of Ghanaian Students (NUGS) has taken notice of a statement coming from some students who describe themselves as CC members, which statement was captioned, “WE ARE AGAINST THE IMPOSITION OF A NEW CONSTITUTION”. In the said statement, these students did not only level series of unsubstantiated allegations against the leadership of the Union but also cast insinuations at the co-executives of NUGS and suggested that the co-executives were acting lawlessly and trying to impose a new constitution on the union.

Ordinarily, NUGS would not dignify such statement with any response because it raises absolutely no substance worthy of attention, but, we are minded by the fact that our silence has probably emboldened these students to continue with their vicious campaign and deceiving the unsuspecting public and stakeholders about recent developments in the Union particularly matters having to do with the new constitution. On the basis of this, NUGS feels compelled to respond to their statement and set the records straight by exposing the falsity of the claims made therein.

First of all, the point must be made that Article 22(a)(i) of the reviewed or old constitution lists the composition of CC members to include National Officers and Bloc Representatives. What this means is that the National Executives of NUGS, just like every other member of CC as defined in Article 22, are entitled to enjoy certain rights and privileges during CC meetings which include the right to MOVE a MOTION and SECOND same per Section C of the Second Schedule to the NUGS Constitution. So, contrary to the claims made by the students, it is NOT unconstitutional nor an abuse of office for a National Officer or Executive of NUGS to move a motion and/or second a motion on the floor.

Secondly, the students also claimed that the newly Revised Constitution has been smuggled and that they do not recognize it. The basis for this claim is that, according to them, “Local NUGS and SRC Presidents were asked to go and deliberate on the draft constitution and come out with their views. The co-chairman deliberately ignored our views and inputs”. NUGS wishes to state emphatically that this claim is a BLATANT FALSEHOOD and mischievous misrepresentation.

For the avoidance of doubt, the processes leading to the review of the NUGS Constitution were observed in compliance with the provisions of Chapter 10 of the Constitution strictu senso. The Review/Reform Committee, as part of their work, asked members of the union including SRC/LNUGS executives to send their inputs, if any, via the following email address: [email protected] on July 21, 2019 at the last University Students Association of Ghana Senate at the University of Professional Studies, for consideration. Interestingly, no input was received from anybody. When the committee finished with their draft Report, the Report was sent to member institutions for comments/inputs, if any.

Also, at a special CC meeting held on 31st July 2019, at Kessben University in Kumasi on the Constitution Review, the committee came to present the same Report to CC members for consideration and possible adoption, however, the meeting ended inconclusive on the matter compelling a postponement. Fortunately, the Review processes to adopt the Revised/New Constitution were completed at a “CC meeting turned Emergency Congress” on Saturday, September 28, 2019 which was held at Knusford University in Accra.

Contrary to the claims of the students, the conversion of CC into Emergency Congress on the said day was done in accordance with the provisions of the constitution. The reviewed or old Constitution of NUGS, specifically Article 16, allows for CC to be converted into congress as circumstances may determine (This provision, of course, can also be found in the New Constitution).

Finally, the students also claimed in their statement that, “The co-presidents have set date and venue for congress without approval by CC”. This claim is again, a palpable falsehood, because, nowhere in the NUGS Constitution, whether Old or New, has the power to set/approve date and venue for NUGS Congress been conferred on CC. Indeed, based on inference from the provisions of Chapter 3 and 5 of the reviewed NUGS constitution, decisions on date and venue for annual residential congresses, have, over the years, been taken by National Secretariat/Officers in consultation with NEC.

From the foregoing, it is pretty obvious that all the claims made by the students in their statement are factually incorrect, logically inept and cannot be backed by the provisions of the NUGS Constitution. Therefore, the only conclusion that can be drawn from their statement is that, it is either borne out of ignorance or deliberate mischief or both. Clearly, these students do not want the forward match of the union; they do not want a unity congress; they do not want the union to be united, among other destructive tendencies, and they are bent on fighting any attempt to unite the student front and make it more effective and vibrant.

In the light of this, the National Executive Committee of NUGS, at its meeting on Wednesday, October 2, 2019, took serious view of their conduct and wishes to CAUTION them to desist from such destructive enterprise. Ordinarily, some serious punitive disciplinary action would have been taken against these students for acting lawlessly and seeking to bring the name of the Union into disrepute, but, in the spirit of the ongoing reconciliation exercise to unite the Union, they have been pardoned and asked to go and sin no more.

We the leadership of NUGS comprising the co-executives and bloc heads are unwaveringly resolute in our quest to unite the Union and no obstruction from any quarters (let alone from some students out of the over 9 million Ghanaian students) can stop us from achieving this noble objective. NUGS shall not die. NUGS shall regain its old glory. NUGS shall UNITE and work again in effectively discharging its core mandate and more importantly to RESTORE CONFIDENCE in Student Leadership.