Ghana: A righteous nation without Gays and Lesbians? 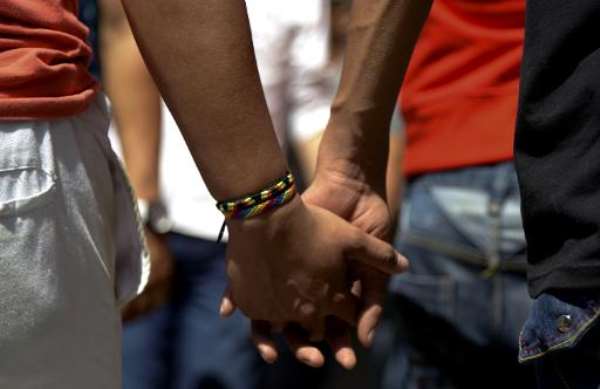 Unfortunately, I have decided to break my earlier vow not to wade into the ongoing public discourse on the ‘Comprehensive Sexuality Education’ curriculum.

I have tried to remain silent, but the hypocrisy being exhibited by the self-proclaimed morally upright discussants cannot be allowed to go without commenting.

I am neither an expert on sexuality nor a moral preacher. So I do not intend to propound the right antidote to the prevailing public debate on ‘Comprehensive Sexuality Education’.

I am pretty sure Ghanaian parents and guardians have every right to protest against any content in the school curriculum they deem to be undesirable.

I am also cognisant of the fact that the 1992 Constitution of Ghana criminalises the practice of homosexuality.

If that was to be the case, how can any elected politician or an erudite educationist propose the teaching of such praxis into our educational system?

And more so since the Constitution of Ghana frowns on the practice of homosexuality, I would like to believe that it will be unlawful for anyone to introduce the teachings of ‘gayism and lesbianism’ in our schools.

So until the Constitution of Ghana is amended, no one can introduce the teachings of such praxis into our schools.

Therefore, there is no need for Ghanaians to engage in a banter over the supposedly ‘Comprehensive Sexuality Education’ curriculum in our schools.

But that said, I cannot remit my fury in condemnation over the way and manner the supposedly morally upright Ghanaians are condemning the practice of the so-called evil of our time-homosexuality.

Whenever I hear all sort of people, ranging from pastors, prophets, soothsayers, black magicians to fetish priests, ventilating their arousing disgust over the so-called evil of homosexuality, the question I often ask myself is: is the practice of homosexuality the only sin the Jehovah God abhors?

The fact however remains that over the years, we have been living with gays and lesbians in our communities.

So whether we like it or not, gays and lesbians will continue to practice in secrecy until thy kingdom come.

And, if indeed, the act of homosexuality is the greatest sin against the Jehovah God, they will account to their creator themselves one day, but not you and me.

We should, however, not lose sight of the fact that we are all descendants of Biblical Adam, and therefore each and everyone has his/her own shortcomings.

In all these, what appears more bizarre is the renowned lawyers who are hiding behind the moral and religious invocations and consistently condemning the actions of the men and women who have volitionally chosen to go contrary to the conventional way of making love.

I must however confess that I used to appal homosexuality so much until I completed Masters in International Human Rights Law Programme.

Even though I personally dislike the act, I am of the conviction that homosexuals have their inalienable human rights and can therefore decide their sexual preference without any external interference.

And to those who think that homosexuality is a sin against Jehovah God, hasn’t it written: thou shall not judge?

And to those law luminaries who have been protesting vehemently against the act of homosexuality: aren’t human rights universal, interdependent, indivisible and interrelated?

Suffice it to stress that the incorporeal consciousness of human rights has somewhat been transposed consciously and clumsily from one generation to another, obviously bearing the vestiges of its violent past.

Basically, being a human rights lawyer means challenging discrimination and defending the inalienable rights and freedoms of ordinary citizens and denizens regardless.

This means defending, protecting and promoting those rights and freedoms irrespective of their race, religion, tribe, gender or sexual preference, and no matter where in the world they may be under threat.

In other words, a human rights lawyer is supposed to investigate, evaluate, and defend people in cases involving discrimination, torture and abuse amongst others.

What are Human Rights?

Rene Cassin, one of the principal drafters of the universal declaration of Human Rights, adopted by the General Assembly in 1948, subsumed the main tenets of human rights by juxtaposing them with the portico of a temple. Drawing on the battle cry of the French revolution, Cassin identified the four pillars of the declaration as: ‘dignity, liberty, equality, and brotherhood’ (Ishay 2004).

Apparently, the 27 articles of the declaration were divided among these four pillars. The pillar underpinned the roof of the portico (articles 28–30), which stipulated the conditions in which the rights of individuals could be realized within society and the state.

The first pillar covered in the first two articles of the declaration stands for human dignity shared by all individuals regardless of their religion, creed, ethnicity, religion, or sex; the second, specified in articles 3–19 of the declaration, invokes the first generation of civil liberties and other liberal rights fought for during the Enlightenment; the third, detailed in articles 20–26, addresses the second generation of rights, i.e. those related to political, social and economic equity and championed during the industrial revolution; the fourth (articles 27–28) focuses on the third generation of rights associated with communal and national solidarity, as advocated during the late 19th century and early 20th century and throughout the postcolonial era (Ishay 2004).

Based on the preceding acceptations, we can draw an adverse inference that human rights are the basic rights and freedoms that belong to every person in the world, from birth until death.

Interestingly, however, basic human rights are based on values like dignity, fairness, equality, respect and independence. But then again, human rights are not just abstract concepts – they are defined and protected by national and international laws (EHRC).

In essence, human rights are the basic rights and freedoms that belong to every person in the world, from birth until death.

It is, however, worth noting that a rich body of extant human rights literature attributes the emergence of the human rights regime to the past uncontrolled human rights abuses ( Waltz, 2001; Kabasakal, 2006 ).

Thus, following a concerted consensus in 1945, the United Nations adopted its Charter (UN 1945). The Charter stresses that the principal purpose of the United Nations is “to save succeeding generations from the scourge of war”, and “to reaffirm faith in fundamental human rights.”

What is more, Article 1 of the Charter stresses that one of the objectives of the United Nations is to achieve international consensus in “promoting and encouraging respect for human rights and for fundamental freedoms for all without distinction as to race, sex, language or religion.”

Moreover, in its attempt to promote and encourage the universality of human rights, the United Nations General Assembly tasked the Human Rights Commission to draft the Universal Declaration of Human Rights, which was adopted in 1948 (Un 1948).

The fact that the Universal Declaration of Human Rights acknowledges that all human beings are born free and equal in dignity and rights, and more so when such rights are interdependent, interrelated, universal and indivisible, one would expect universal coverage of human rights.

However, it does not appear to be the case. For instance, the human rights of lesbian, gay, bisexual and transgender people are somehow non-existent in most countries (UN 2011).

Ironically, however, the legal obligations of States to protect the human rights of lesbian, gay, bisexual and transgender people are already detailed in international human rights law, which have been articulated severally in the Universal Declaration of Human Rights and other internationally agreed human rights treaties.

For instance, Articles 2.1 and 26 of the International Covenant on Civil and Political Rights stress on universal coverage without discrimination. And, Article 17.1 emphasises that “no one shall be subjected to arbitrary or unlawful interference with his privacy, family, home, or correspondence, or to unlawful attacks on his honour and reputation’. Whereas Article 17.2 stresses that ‘everyone has the right to the protection of the law against such interference or attacks” (UN 1966).

In sum, since Ghana’s Constitution frowns on the praxes of ‘gayism and lesbianism’, the authorities must do the honest thing by expunging any aspects of homosexuality in the internationally agreed ‘Comprehensive Sexuality Education’ proposal document.