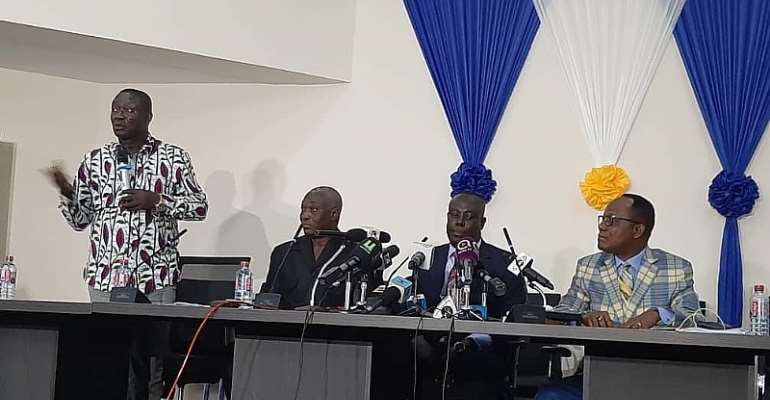 There is intense pressure on the Ministry of Education and the GES to withdraw the program which critics consider as a subtle attempt to sexualize children and indoctrinate them into embracing homosexuality as a normal way of life.

The calls have deepened after the GES and the Ministry of Education gave contradictory explanations on the existence or otherwise of the policy in the curriculum.

Addressing the media on Thursday, the President of the Ghana Pentecostal and Charismatic Council, Rev. Prof Paul Yaw Frimpong-Manso labelled the subject as diabolic, as it will have negative consequences on children.

“We are here to address and state our official position on the raging debate and controversy of the Comprehensive Sexuality Education which I have termed Comprehensive Satanic Education because of the impact it can have on our children which the government through the Ministry of education intends or intended to introduce into the Basic Schools curriculum come the next academic year,” he said.

He further among other recommendations called for the withdrawal of CSE.

“Government should be transparent with the people of Ghana by publicly committing to completely withdrawing this policy instead of a mere assurance of suspension of implementation. This move we believe will engender trust between government and key stakeholders of our educational system. This mutual trust is currently missing and must be pursued now,” he stated.

Although the Minister of Education Matthew Opoku Prempeh earlier on denied all allegations concerning the introduction of CSE into the current curriculum, checks indicate that CSE has already been included in the curriculum.

The GPCC is not the only body that has called for the withdrawal or have raised concerns about the introduction of sexuality education into the system.

The African Education Watch, a non-government organization is also calling on government to as a matter of urgency terminate any plans to roll out the CSE and seek consultations from relevant stakeholders to come to an agreement on this move.