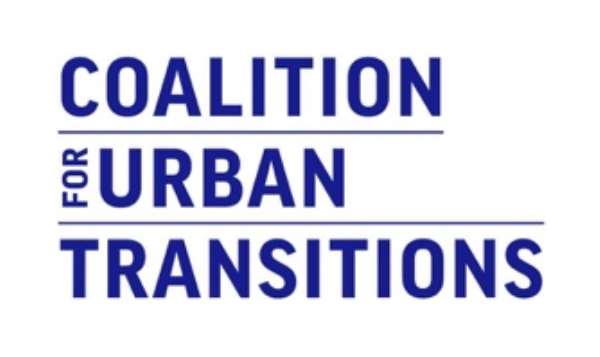 A new report from the Coalition for Urban Transitions, supported by 50 leading institutions, shows that national governments that invest in low-carbon cities can enhance economic prosperity, make cities better places to live and rapidly reduce carbon emissions. The report finds that implementing low-carbon measures in cities could reduce emissions from cities by 90% and would be worth almost US$24 trillion by 2050 .

Climate Emergency, Urban Opportunity is the most comprehensive report to date to examine how national governments can achieve equitable and sustainable economic development in cities, which are home to over half the world’s population and which produce 80% of gross domestic product and three-quarters of energy-related carbon emissions.

Today, over 55% of Ghana’s population lives in urban areas, and the share is expected to exceed 70% by 2050. Trillions of dollars will be invested in urban infrastructure to meet the needs of these new urban residents. The coming decades are therefore crucial to shape Ghana’s cities into sustainable, equitable and resilient places where residents enjoy a high quality of life and access to opportunities.

“City action is essential in tackling the climate crisis, but cities can’t do it alone.” said Mayor Mohammed Adjei Sowah, Mayor of Accra, and C40 vice chair and Global Covenant of Mayors Board Member. “We need the support of national governments in Ghana and across Africa to create the urban systemic change needed. This report outlines the steps to be taken in order to work together to secure economic prosperity whilst tackling the climate crisis.”

Science tells us that we need to reach net-zero emissions by mid-century to avoid dangerous climate change. The Urban Opportunity report shows that it is possible to cut 90% of emissions from cities using currently available technologies and practices in buildings, transport, materials efficiency and waste. Low-carbon measures in cities like Accra, Kumasi, and Sekondi-Takoradi could collectively deliver over half of the emission reductions needed to keep global temperature rise below two degrees Celsius.

These low-carbon measures would also deliver a significant economic return. They would require an investment of US $1.8 trillion (approximately 2% of global GDP) per year, which would generate annual returns worth US $2.8 trillion in 2030, and $7.0 trillion in 2050 based on cost savings alone. Many of these low-carbon measures would pay for themselves in less than five years, including more efficient lighting, electric vehicles, improved freight logistics and improved solid waste management.

The Urban Opportunity report demonstrates that compact, connected and clean cities would also provide a higher standard of living and greater opportunity for all. Investments in low-carbon measures in cities could support 87 million jobs annually by 2030. These measures will also reduce choking air pollution, cut chronic traffic congestion, and improve worker productivity.

Promoting more compact urban development could also enhance food security and reduce the cost of services (since less land, materials and energy required when people live closer together). Urban expansion is a major issue in Ghana, where many people still depend on natural resources and agriculture for their livelihoods. In the period 2000-2014, nearly half of the urban expansion in Ghana encroached into forests, and nearly 10% of the expansion took place into cultivated lands around cities, which are often irrigated lands producing high-value crops.

Decisions made about cities in the next decade will put countries like Ghana on a path to prosperity and resilience - or decline and vulnerability. National governments must seize this brief window of opportunity, as the costs of inaction could be devastating. Over ten percent of the world’s population, 820 million people, live in coastal zones less than 10m above sea level, and 86 percent of them live in urban or quasi-urban areas. In Ghana, over a million people live in coastal urban and quasi-urban areas less than 10 metres above sea level. These people are especially vulnerable to storm surges, sea-level rise and other climate hazards.

Many city governments are already playing an active role in tackling the climate crisis: nearly 10,000 cities and local governments have committed to set emissions reduction targets. However, even the largest and most powerful city governments can only deliver a fraction of their mitigation potential on their own: the Urban Opportunity report shows that, excluding decarbonisation of electricity, local governments have direct power over less than 1/3 of the emissions reduction potential in their cities. National and state governments have power over a further 1/3. More than a 1/3 depends on different levels of government working together to cut emissions, making the future of cities a vital collaborative effort.

Launched just ahead of the U.N Climate Action Summit, the Urban Opportunity report provides the evidence and confidence that governments need to submit more ambitious Nationally Determined Contributions in 2020, and to propel inclusive, zero-carbon cities to the heart of their national development strategies. Worldwide, fewer than two in five countries have an explicit national strategy for cities, and only seven countries currently have both a National Urban Policy and a Nationally Determined Contribution that specifically address climate mitigation in cities.

This report offers case studies from around the world where national and local governments have worked together to rapidly and profoundly transform their cities for the better within two or three decades, including: Chile, China, Colombia, Denmark, Germany, India, Indonesia, Namibia, Rwanda and South Korea.

This report also presents six key priorities for actions that national governments can take to seize this opportunity:

A full list of the report recommendations for national governments can be found here: https://urbantransitions.global/wp-content/uploads/2019/09/Climate-Emergency-Urban-Opportunity-Priorities-for-National-Governments-FINAL.pdf

A summary of key report findings can be found here: https://urbantransitions.global/wp-content/uploads/2019/09/Climate-Emergency-Urban-Opportunity-Key-Messages-FINAL.pdf

The full report can be found here: https://urbantransitions.global/urban-opportunity/

Climate Emergency, Urban Opportunity: How national governments can secure economic prosperity and avert climate catastrophe by transforming cities is a new report from the Coalition for Urban Transitions. The report is underpinned by a three-year research effort by a coalition of 50 of the world's foremost research institutes, networks of national and city governments, investors, infrastructure providers, strategic advisory companies, non-governmental organisations and social movements. Together, they call for national governments to prioritise compact, connected and clean cities in order to secure economic prosperity and tackle the climate crisis.

The report was released ahead of the United Nations Secretary-General’s Climate Action Summit, and is a foundational document for the Summit’s Infrastructure, Cities and Local Action track.

About the Coalition for Urban Transitions
The Coalition for Urban Transitions is the leading global initiative supporting national governments to unlock the economic power of inclusive, zero-carbon cities. The Coalition equips national governments with the evidence-based research and policy tools to prioritise more compact, connected, clean urban development. The Coalition’s in-country programmes in China, Ghana, Mexico and Tanzania provide models for other countries on how to effectively develop national urban policies and infrastructure investment strategies. Founded in 2016 and guided by an Urban Leadership Council, the Coalition is comprised of 36 diverse stakeholders across five continents. A special initiative of the New Climate Economy, the Coalition is jointly managed by the World Resources Institute Ross Center and the C40 Cities Climate Leadership Group.