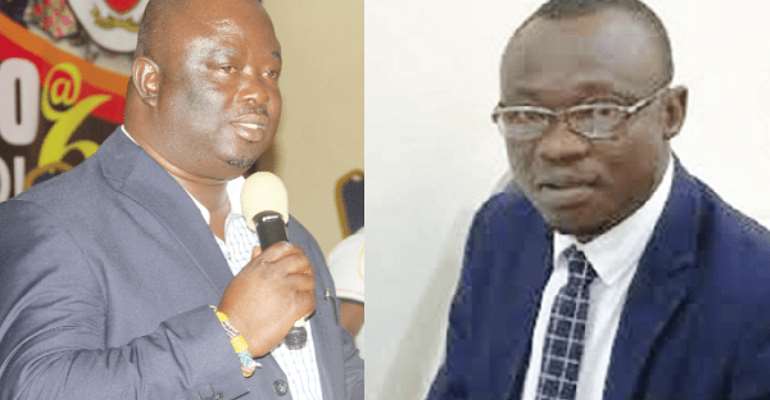 The New Patriotic Party (NPP) parliamentary primaries held in the ‘orphaned’ constituencies last Saturday ended in mixed fortunes for government appointees who had hoped to contest next year’s parliamentary elections on the party’s ticket.

While some of the appointees were successful and earned the mandate to become parliamentary candidates, others were rejected by the delegates.

The appointees, made up of ministers, deputy ministers and municipal and district chief executives (MDCEs) who had in the past not vied for positions, entered the race to earn the right to become parliamentary candidates in next year’s general election.

Additionally, three DCEs who contested in three of the four constituencies in the Western Region where the primaries took place won their bids to contest the 2020 parliamentary election.

Disappointments
Unfortunately, some of the appointees could not get the green light to become parliamentary aspirants, as the delegates preferred other candidates.

One of such casualties is the Deputy Oti Regional Minister, Mr Maxwell Blagodzi, whose hopes of leading Nkwanta South into the 2020 elections were dashed, having lost to Madam Sherifa Tijanni by just 27 votes.

Madam Tijanni won with 289 votes, with Mr Blagodzi had 262 votes.

The Ketu South MCE, Elliot Agbenorwu, polled 322 votes, less than half of the total votes cast for the winner, Mr David Tiahno, who had 682 votes.

Similarly, the Keta MCE, Mr Edudzi Effah, was beaten by Dr Benjamin Dzameshie with 270 votes, against 163 votes for the MCE.

Again, four out of the five MDCEs who contested the primaries in the Upper West Region could not become parliamentary candidates for next year’s elections, as they failed to secure majority votes from the delegates.

The MCEs for Wa and Jirapa, Issahaku Moomin Tahiru and Christine Bamanye Amadu, respectively, as well as the DCEs for Wa West and Nadowli-Kaleo, Edward Laabiir Sabo and Katherine Lankon, respectively, lost the primaries.

Another casualty was the DCE for Mion, Mr Mohammed Hashim Abdullah.

In the Upper East Region, three MDCEs out of the six who contested the primaries lost their bids.

Peaceful
The elections, which took place in 100 ‘orphan’ constituencies where the NPP does not have sitting Members of Parliament (MPs), were generally peaceful, with no violence recorded at any of the voting centres.

In all, there are 106 NPP “orphan constituencies”, but the primaries in six constituencies, including Chereponi, Hohoe, Krachi West, Afadjato South, Kpando and Anlo, were put on hold for various reasons.

Last Saturday’s elections were contested by 283 aspirants, out of whom 100 were elected to represent the ‘orphan’ constituencies.

Of the 100 constituencies that held the elections, 16 had unchallenged candidates who received the total endorsement of the delegates.

Some of the popular faces in the NPP that went unopposed were a Deputy Chief of Staff, Mr Samuel Abu Jinapor, Damango in the Savannah Region, and the Minister of Energy, Mr John Peter Amewu, for Hohoe in the Volta Region.

Lower Manya
Mr Ayertey retained the confidence of delegates in Lower Manya Krobo to lead the NPP again to the 2020 parliamentary election in the constituency.

Teddy, as he is affectionately known in the constituency, was the party’s candidate in the 2016 elections, which he lost to the NDC’s Oklitey Tei Larbi by about 320 votes.

At the end of a fiercely contested primary, characterised by allegations and counter-allegations, Mr Ayertey had 343 of the 666 valid total votes cast, while Ms Linda Adadevor, who was contesting for the first time, had 319.

Karaga
Dr Adam got massive endorsement when he polled 385 votes, representing 82 per cent of the total votes cast in Karaga.

His closest contender, Mr Baba Sayuti, had a paltry 78 votes, while Alhassan Abdulai and Sulemana Ibn Saeed had four and two votes, respectively.

Kpone Katamanso
Mr Adorye successfully scaled through the primary in Kpone Katamanso to become the NPP’s parliamentary candidate in the constituency.

He garnered 321 votes, as against 203 by his closest opponent, Mr William Asante.

The other aspirants, Prince Dadzie and David Annang, polled 56 and 46 votes, respectively.