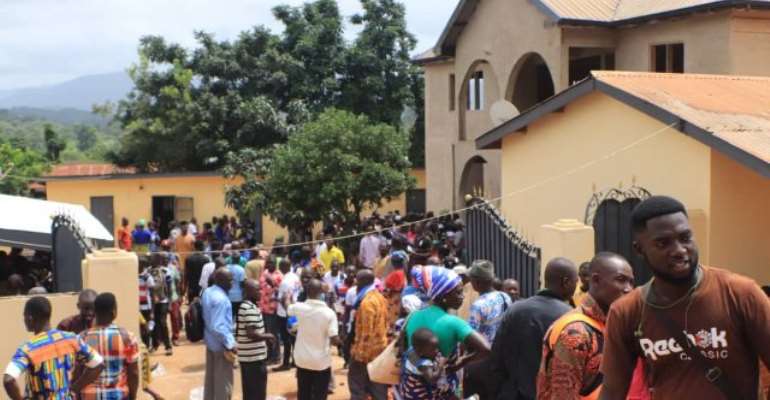 3news.com has reported that a New Patriotic Party (NPP) delegate in the party’s ongoing orphan constituencies primaries has died after casting his vote today, Saturday.

He was pronounced dead shortly after being rushed to the Korle-Bu Teaching Hospital.

It is unclear what caused his death.

“What everybody is saying is that there was nothing wrong with him. He had finished voting and was standing very close to the roadside when he collapsed,” reported an eyewitness.

The Ablekuma South Constituency Organiser of NPP, Abel Banini has reportedly confirmed the news, adding that the deceased is indeed a delegate of the party.

“We don’t know exactly what happened to him,” Banini said “but all of a sudden we saw him falling down and then some of the guys took him to the hospital. Before we got there we learnt he has passed away,” he added.

Voting has ended in some 100 orphan constituencies in the country.

The governing New Patriotic Party (NPP) voted Saturday to elect Parliamentary candidates to represent the party in the 2020 elections.

These “orphan constituencies”, refer to areas where the party lost the 2016 Parliamentary Elections to the opposition National Democratic Congress (NDC) and, therefore, has no sitting Members of Parliament.