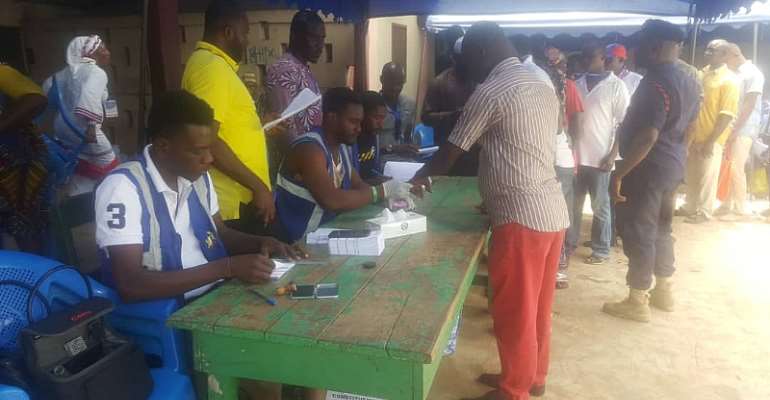 The election which was supposed to start at 8:00 am was delayed for about three hours.

The agents were expected by the Electoral Commission to inspect voting materials before the voting could start but they arrived rather three hours late.

Mr Stephen Reynolds, EC Officer, told DGN Online that despite the delay, the election will end on time.

Meanwhile, 2016 parliamentary candidate of the New Patriotic Party in the Ashaiman Constituency, Alhaji Labaran Yakubu Barry, has expressed confidence in winning not less than 60 percent of the total ballots.

However, his main contender, Eric Gregory Kwasi Kwatia was optimistic of leading the party in the 2020 general election.

The third aspirant for the constituency is Alexander Amanor Narh-Gbeeku.

A total of 1,179 delegates from 32 polling stations are expected to decide on who should lead the party to 2020 polls.