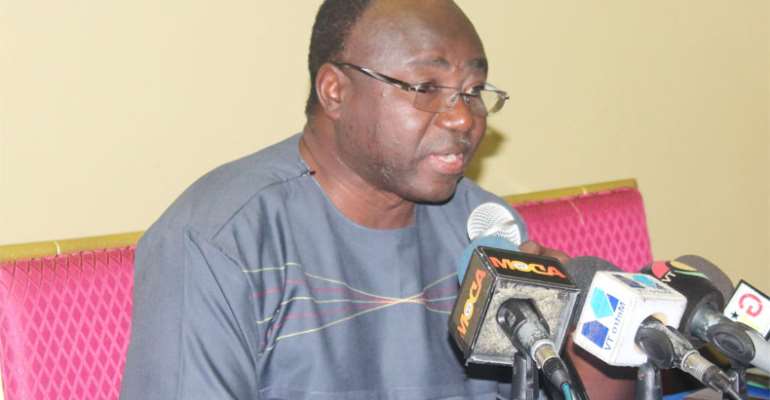 The underfire Chief Executive Officer (CEO) of the Public Procurement Authority (PPA), Adjenim Boateng Adjei, has asked the Commission on Human Rights and Administrative Justice (CHRAJ) to turn investigation of allegations of conflict of interest levelled against him into a public hearing.

A.B. Adjei was reported to the CHRAJ by President Akufo-Addo following a documentary titled 'Contracts for Sale' which was put together by investigative journalist, Manasseh Azure Awuni, highlighting alleged procurement misconducts, which has sparked heated debate.

In the 'Contracts for Sale' exposé, it claimed among other things that Talent Discovery Limited (TDL), a company incorporated in June 2017 and that has links with the PPA boss, won a number of government contracts through restrictive tendering. The documentary also alleged that TDL was engaged in the sale of contracts it won.

Apart from the CHRAJ, President Akufo-Addo referred A.B. Adjei to the Office of the Special Prosecutor for investigation and has since been invited by the anti-corruption body to be interrogated.

However, in a letter written to CHRAJ through his lawyers, the beleaguered PPA boss said that justice would be better served if his case was held publicly instead of an in-camera hearing.

The letter further states that the request for a public hearing is necessitated by the nature of the complaint against him and the “rather devastating harm, albeit unjustified” caused him.

Mr. Adjei is confident he will be vindicated by a proper and sound enquiry into the merits of the complaints against him.

“We are of the humble opinion that the interests of justice will better be served by a public hearing of the complaint rather than an in-camera hearing,” the letter demanded.

CHRAJ wrote to A.B. Adjei for his initial comment on the complaint which he has responded, denying all the allegations levelled against him.

In his response, he stated that there was no evidence of any act or omission supporting an allegation of having discharged his duties as a public officer for the benefit of a company he has an interest in.

Mr. Adjei, through his lawyer, Yaw Oppong, also contended that Manasseh Azuri Awuni who is the complainant “has not demonstrated how our client's personal interests interfered with the performance of his duties and functions.”

He said the allegations in the documentary against him are simply anchored on assumptions and conjectures, and betray gross unfamiliarity with the laws on public procurement in Ghana.

The suspended PPA boss said the allegation contained in the documentary does not impinge on conflict of interest as “a claim of the sale of contracts by TDL after that company had participated in a tender not organized by the PPA and had been declared the successful tenderer not by the PPA but by other entities, has no bearing on a conflict of interest with the duties of our client as a public officer.”

“Our client is neither part of the management of TDL nor one of those alleged in the documentary to have engaged in the sale of government contracts on behalf of TDL,” it said.

[Hot Video] Shatta Wale vim dies as prisoners hoot at him in...
21 minutes ago