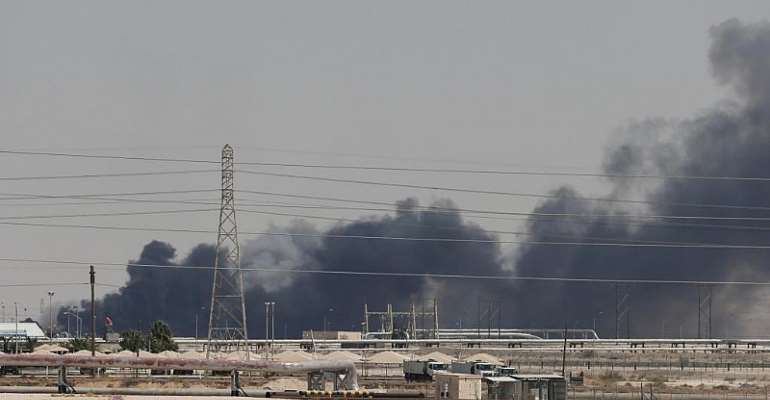 The United States has concluded that last weekend's attack on Saudi Arabia's oil facilities was carried out by low altitude cruise missiles, likely launched from an Iranian base near the Iraqi border. Iran has dismissed the allegations.

US and Saudi investigators said Tuesday there was a "very high probability" that the weekend attack on Saudi oil facilities was launched from Iranian soil and cruise missiles were involved.

The missiles, according to the investigators' current assessment, flew over southern Iraq and through Kuwaiti airspace before reaching their targets.

President Donald Trump has said that the United States is ready to help Saudi Arabia, but will wait for a "definitive" determination on who was responsible.

Iran-backed Huthi rebels in Yemen claimed responsibility, but Washington and Riyadh have pointed the finger at Tehran, which denies the accusations.

Iran's foreign minister said in a tweet on Tuesday that the United States was in denial for suspecting Iran over attacks on Saudi oil facilities, and ignoring that Yemenis were fighting back after years of war against the kingdom.

Talks off the table
Meanwhile, Iran's supreme leader has ruled out negotiations with the US "at any level", as tensions mounted between the arch-foes.

Trump appeared to temper his earlier warning that the US was "locked and loaded" to respond, saying: "I'm not looking to get into a new conflict, but sometimes you have to."

The weekend attacks have spiked tensions and prompted concerns about an escalation.

Britain and Germany on Tuesday urged the international community to forge a "collective response" to the drone attacks, which saw oil prices soar.

Conflict in the Gulf region could put a large portion of global energy supplies at risk.