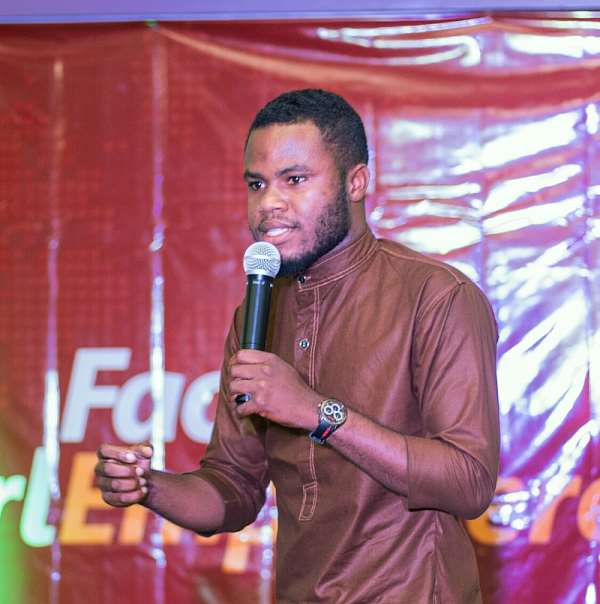 In a country where 800 million Cedis (approximately 160 million dollars) was purported by the President to have been spent on police service resourcing and logistic procurement in 2018, it is only logical for one to assume that their work would become more effective. That they would be more rapid, innovative, and proactive in their quest to fight crime and maintain law and order. That they would develop a stronger sense of urgency towards their work and would generally create a stronger sense of security among the citizenry. However, the opposite of these logical assumptions have rather turned out to be true.

The first of the three kidnapped but now dead Takoradi girls was kidnapped in August 2018, followed by the two other on 4th December and 21st December 2018 respectively. The death of the girls came as no surprise due to the sluggish, apathetic and laissez faire attitude adopted in tackling the issue. First, it took the police service about three months to begin any serious investigations into the matter (at least based on public knowledge). Then they managed to make an arrest of a suspect who supposedly refused to give access to an iPad that had relevant information on the whereabouts of the three girls and they had to wait for days in order for some expert to come in and crack the codes on the iPad.

Then the minister of Information, Kojo Oppong Nkrumah came on air to tell us ordinary citizens who have no idea on how to gather intelligence to find information for the police to action. At a time when we were all sober in hope of positive news, the hefty slap of disrespect was landed on our faces as a country, when the CID Boss, Madam Tiwaa Addo-Danquah sat on National TV and lied with a bold smile that the Police administration knew the whereabouts of their girls and that they would soon be reunited with their families.

What a shame! What an insult! What incompetence! Juxtaposing the speed with which the Canadian girls were rescued against the shoddy work done by the Ghana Police Service regarding the Takoradi girls, only shows how much value our Government and the police service place on our lives. I do not claim to be an expert in security but as a right thinking citizen of this country it is a big shame that the police service, the BNI and the National Security could not deal with this situation with all the resources at their disposal.

What is even more alarming is the loud silence of the President on the matter as though it is of no concern to him. The president and all the various security agencies in this country especially the Police Service and the Bureau of Nation investigations need to understand that they have failed these three hitherto promising lives, they have failed the families of the girls and failed the whole country as a people.

The police service have managed to unite us in sorrow and we hope that brings happiness to them. You know the most heart-breaking part of this whole issue? Nobody will be held responsible for the gross display of incompetence, nobody will be queried and as usual, us Ghanaians are going to whine over this for the next few days and the forget about it like it never happened. The police service must wake up to the realities of the job they have taken upon themselves. They need to become more aware of their responsibility towards citizens of this country and to begin to take their Oath more seriously.

They must make efforts towards proper databasing of fingerprint and perhaps train themselves in contemporary effective methods of crime combat. Enough of the armchair Policing. Beyond that, we need to sit up as a people. We need to task the people we pay with our taxes to duty. The people must use their power. Because clearly, anything that doesn’t involve contracts, kickbacks and corrupt means of getting rich is of absolutely no interest to these politicians and government officials. And until we begin to wake up from our slumber, the lives of chicken would continue to be more valuable than ours as human beings in this country. God bless the MOTHERLAND.