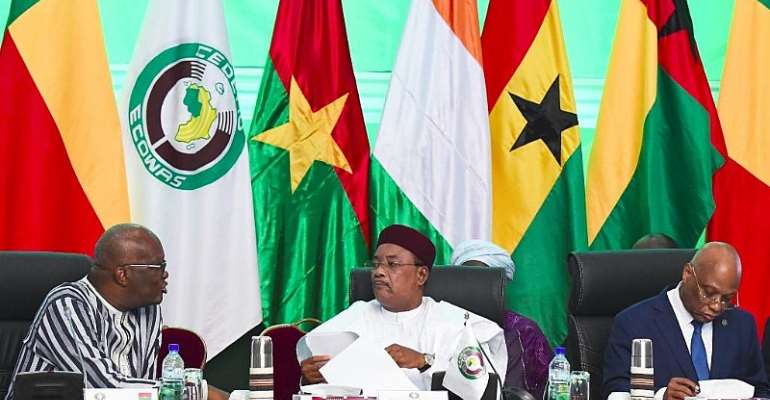 West African leaders have announced a billion-dollar plan to fight the growing problem of jihadist violence in the region. The bloc has dismissed suggestions that the G5 Sahel taskforce is ineffective.

The plan, to be funded from 2020 to 2024, was announced at end of the Economic Community Summit of West African States in Ouagadougou, Burkina Faso, where the Ecowas nations were joined by Mauritania and Chad.

Ecowas had decided to mobilise "the financial resources of up to a billion dollars for the fight against terrorism," said Niger's President Mahamadou Issoufou.

The money, 898 million euros over four years, will be paid into a common fund, and will help reinforce the joint military operations in the region.

Full details of the plan are to be presented to the next Ecowas summit in Abuja, Nigeria, in December.

The fight against the rising tide of jihadist violence in the region has so far been hampered by a lack of funds.

The G5 Sahel, a joint taskforce backed by former colonial power France, was created in 2014 in an effort to tackle the problem.

From July 2017, it pooled troops from Burkina Faso, Chad, Mali, Mauritania and Niger in a bid to defeat jihadist groups.

Inadequate finance, training and equipment have limited the effectiveness of the joint force. Of the 5,000 soldiers originally planned, only 4,000 are currently operational.

[Hot Video] Shatta Wale vim dies as prisoners hoot at him in...
12 minutes ago