The Dysfunctions Of Aid To Africa 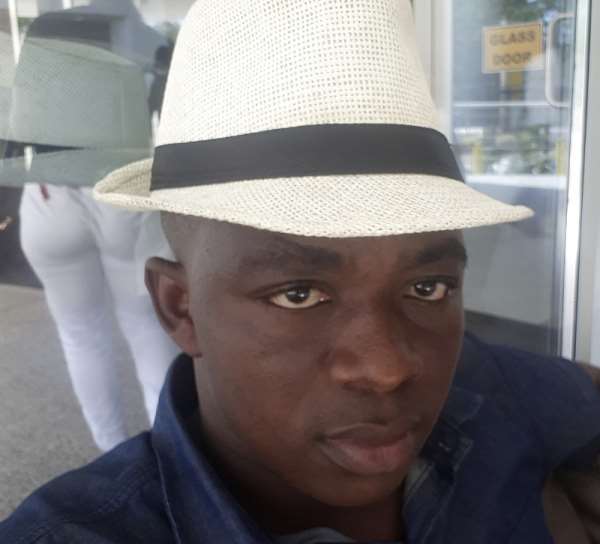 On 2nd October, 2001, Tony Blair made the following remarks “The state of Africa is a scar on the conscience of the world. But if the world as a community focused on it, we could heal it. And if we don't, it will become deeper and angrier." The African continent today is still riven by strife, war and famine. According to the BBC News of 12th January, 2018, the African Union, an organisation of African countries requested president Donald Trump to apologise after he reportedly referred to the African continent as Shitholes. These and many other negative comments about Africa can be traced to the beginning of western civilisation. In Histories, Herodotus (aka The Father of History) relates a cautionary tale about what happens in Africa. Five Nasamonians – (enterprising youths of the highest rank) were off exploring southern Libya. After several days of wandering, they found some fruit trees and started helping themselves. Then, several men of small stature, all of them skilled in magic, seized and captured them, taking them for inscrutable and dastardly magic-dwarf purposes. In this way, Herodotus suggested that Africa was not only different, but also more threatening, sinister and dangerous than Greece. The question however is why does European countries send millions of Aid to Africa, with the view to as they claim, help the continent grow but publicly paint the same continent gloomy thus deterring investors?

In her book “Dead Aid" Dr Dambisa Moyo, a young Zambian economist uncharacteristically laid the blame of Africa's poverty partly on aid from developed nations. While she admits that certain aids like emergency aid are important, she mentioned not in so many words that, aid from governments of developed countries to African countries is not only making the leaders of Africa mentally lazy but also serving as a source of corruption and unemployment in the continent. She systematically challenged the assumptions about the efficacy of the Marshall Plan, International Development Association graduates, and “conditionalities” that require adherence to prescribed economic policies. By thwarting accountability mechanisms, encouraging rent-seeking behaviour, siphoning away talent, and removing pressures reform in efficient policies and institutions, aid guarantees that social capital remains weak and African countries poor. Moyo’s list of aid’s sins goes on including the crowding out of domestic exports and raising the stakes for conflict.

Paul Hoebink in his review of Dambisa Moyo's “Dead Aid” has the following to say “When a Maasai uses his stick and spear to kill his neighbour’s wife, nobody will argue that a stick and spear are not the right instruments for a Maasai to defend his cattle against a lion. If we reuse this ‘wisdom’ to apply to development assistance, it brings us to at least one conclusion: aid is and has been used in wrong ways many times in its sixty years history and thus produced often poor results. Much about the present discussion on aid and aid effectiveness can be said, but a first observation might be that in many articles, books and papers all aid is put in the same kettle and is then being boiled to a strange kind of unitary soup. Aid however comes from many very different sides in many forms and is implemented under rather diverse conditions. This leads to a second observation. In many of the recent literature on aid, it is explicitly or implicitly supposed that aid can heal all ills and wounds, that it is a magic potion that in itself can bring economic and social progress. But this is wrong.

The intention of Aid to Africa is a good one. To help support growth in Africa thereby leading to the development of the continent. However, a look at Aid and its different forms is at this time very necessary to put the question of Aid relevance in perspective. According to the Oxford dictionary of English, aid is a “financial or material help given to a country or an area in need". By continuously giving Aid to African countries, the West has consistently kept African countries under the table where they enjoy the crumps from the without the possibility of looking at the top of the table and beyond. For example, the supply of mosquito nets by USAID to rural villages in Ghana to prevent children and pregnant women from malaria is good, we will say. But come to think of it, by supplying these mosquito nets in large quantities to rural communities free of charge, local companies that produce mosquito nets are weakened and put out of business. The cascading effect is loss of jobs leading to the already worsened unemployment rate in many parts of the continent. Initiatives like entrepreneurship in Africa are killed this way. The West, constantly providing the means of our survival is making the leaders and people of Africa mentally lazy, corrupt and incompetent. Africans must be allowed to take charge of their own problems, devise their own strategies of growth and development without the interventions of aid. As the popular saying goes, adversity is the mother of inventions. We must create our own tailored solutions to our own problems. As Paul Kagame said and I agree with him, the West must not think that they care about the Africans more than the Africans themselves. By developing their own strategies of survival, the West has laid years of a solid foundation and have the expertise needed to deal with economic crisis, war and even natural disaster. Africans from the experience of colonialism have learnt to be dependent and be spoon fed and this has been the bane of the continent. Independence is not just gotten on paper. The independent Africa must not just be a jamboree of dictators and mere dwellers. It must be a group of people capable of developing their own solutions to their problems, and joining the table of ‘men’ in the international arena.

Certain forms of Aid, like emergency Aid in times of natural disaster is important for the survival of nations. However, to make aid the means by which we live, creates developmental and economic myopia. The African people and our leaders must realise that we cannot continue taking grants and loans forever. Even the holy Bible admonishes as that there is more blessing in giving than receiving. The African people must learn to create wealth and give than being always at the receiving end. The time to change this course is now.

Ejura probe: Ministerial Committee presents its report to In...
41 minutes ago