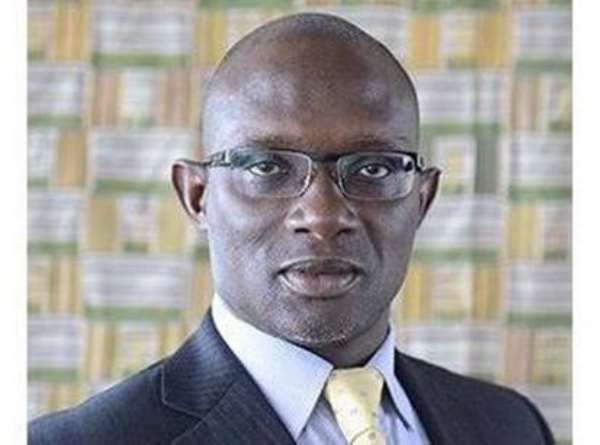 Peter da Costa’s life was filled with joy and family, intellectual accomplishment, and immeasurable devotion to Africa. It was through this devotion that he and I first met and that I, subsequently, had the honor of working alongside him for a few years—but knowing him for what feels like a lifetime. We were professional colleagues, but we also were friends. With Peter, it was almost impossible to be one without the other.

Peter was an ardent pan-Africanist, and those roots ran deep. Kwame Nkrumah, the first president of Ghana and widely regarded father of pan-Africanism, once sent Peter’s father, Aboagye da Costa, to the Gambia as part of a legal team that successfully defended future president Dawda Jawara from charges of electoral malpractice and fraud. It was during that trip that Aboagye first met Peter’s mother, a Gambian named Nanette Elizabeth. Aboagye, a lawyer and politician, would go on to serve in Ghana’s Second Republic. He believed in Nkrumah’s vision of a powerful and united Africa, and he passed those beliefs along to Peter.

As a young boy growing up in Ghana at the time of independence, I too believed in the ideals and vision espoused by Nkrumah. This was a bond that Peter and I shared, a real connection at the core of who we had become. We were far apart in age, almost 20 years, but we related to each other in deeply meaningful ways.

We met at the UN’s Economic Commission for Africa, or ECA, in Addis Ababa. I was appointed as the ECA’s executive secretary in 1995, and one of my first actions was to reform the institution’s operations. I needed more passionate, more driven, and more intellectual people to do that. A consultant told me that he knew “one such person” to help drive a more ambitious vision for the ECA. I hired Peter after one interview, and he became an integral part of the ECA’s leadership team during a truly dynamic period of change in Africa’s development landscape.

While at the ECA, Peter was deeply involved in new initiatives and ideas that promoted smarter policies, better governance, and, most importantly, African autonomy over its development agenda—initiatives such as the New Partnership for Africa’s Development, the precursor to the current African Union Development Agency, and the African Peer Review Mechanism. For more than six years, Peter’s depth of policy knowledge and his keen understanding of political economies were invaluable to the ECA’s work—and, as a result, to Africa.

Peter left the ECA to pursue a PhD and contribute his own knowledge to a better understanding of the role of African institutions and leaders in the development context—to the “growing demand for indigenous expertise,” as he called it. He wanted to explain how experts, through their institutions and interactions, helped shape policy discourse. In his pursuits, he became just that kind of expert. Over the past decade, Peter had worked with and helped advise the Ford and Hewlett Foundations, IDRC and other institutions in strengthening African think tanks towards evidence-based research to inform policies. He also worked, prominently, with the Africa Progress Panel, on which he worked closely with Kofi Annan. He possessed an amazing ability not only to command the complexities of African development issues but to communicate what he knew to those around him in a way that was always informative but never self-serving.

It is not an exaggeration to say that few contemporaries in the field of African development were as generous with their time, across so many endeavors, as Peter. He created more than a network of colleagues; he formed a global family through his willingness to pitch in, help out, and contribute in any way he could. Peter left the ECA, for example, but he never left the lives of those he worked with—myself included. Peter was one of my closest sounding boards. I trusted him and relied on his judgment, and he never failed to offer insights if I asked.

Peter lived with his Kenyan wife Ciru in Nairobi, and they had two lovely daughters, Yassin and Jarra. Ciru now works with the African Union in Addis Ababa, helping reform and strengthen the institution to make it more effective for Africa. Peter’s pan-African passion will live on through his family and his family’s work, and through the collective memories and appreciation of those who were fortunate enough to know him. Once, Peter and I were in the midst of a trip to Senegal that would take us on to Paris, and I was exhausted. I fell asleep in the car en route to the airport, and when I awoke, Peter said, “KY, I know you’re tired now, but when you pass on, Africa will say thank you.” I am not certain that will be the case at all, but Peter, my dear friend, I am certain that Africa says to you—now and forever, thank you.