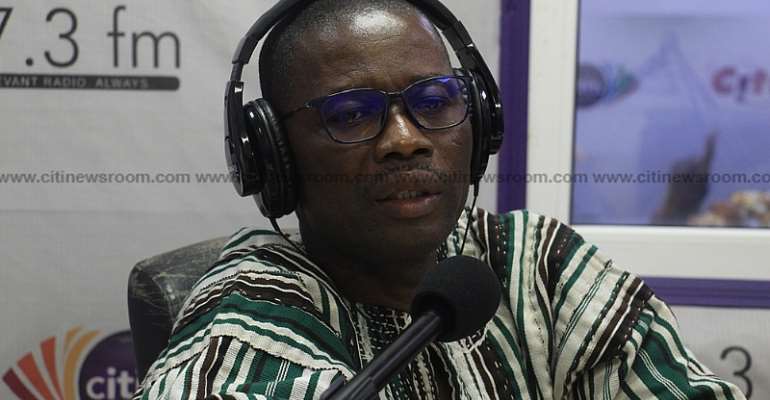 A former executive secretary to the immediate past Inspector General of Police (IGP), Superintendent Peter Lanchene Tuubo says plan to arm personnel of the Motor Traffic and Transport Department (MTTD) is an ill-conceived one.

He feels that the government should have critically examined the situation before settling on the appropriate approach.

Speaking on the Point Blank segment of Eyewitness News on Monday, the retired policeman who is now the National Democratic Congress (NDC) parliamentary candidate for the Wa West constituency maintained that the panacea to tackling the trend of ‘police killing’ is through academic research and not just the provision of protective arms.

“I think that for me personally, it’s a knee-jerk reaction. There are a lot of police officers who apart from the bullet they used in the shooting at the police training school ten or fifteen years ago, they have never held a gun again. So, if you arm police officers, we shouldn’t be surprised that we will find police officers killing themselves. The fact of the matter is that we should look at how we can get academia involved with a detailed report as to what we need to do as a police service. And, if it comes that each police officer should be armed, that should be a decision based on scientific research but this knee jerk reaction, I’m not very sure is an answer to an emerging challenge.”

Already, the Bureau of Public Safety wants the Police Council to halt the arming of the MTTD officers pending their retraining and sensitisation.

The bureau argued that arming the MTTD personnel without “first equipping them with the requisite soft skills” will heighten police-citizen tensions.

“The Bureau, thus contends that arming all members of the Ghana Police Service or MTTD personnel may be the needful thing to do; but doing so in its current state is a dangerous recipe for more aggravated conflicts and murders, especially on the civilian front. This will deteriorate an already deep-seated mistrust between police and citizens”, the Bureau said in a statement.

It also suggested that police develop a strict protocol for engaging citizens in various scenarios.

Government's decision to arm all police officers on traffic duties followed the killing of two MTTD personnel on the Kasoa to Budumburam stretch.

That killing was the latest in a spate of attacks as five officers were killed in August.

The government has said it is also providing bulletproof vests and also importing weapons for the police.

The Interior Minister, Ambrose Dery said the new equipment will enable the police to defend themselves during violent crimes.