JB Danquah Was Chief Campaigner for the Establishment of the University of Ghana, Period! 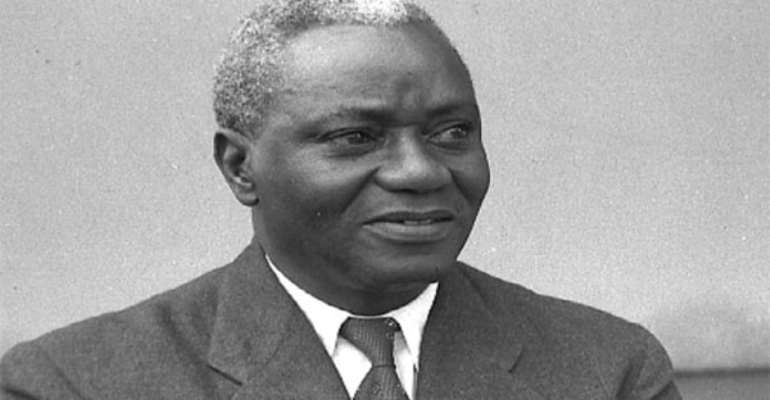 The question regarding who the key players were whose yeomanly efforts led to the landmark 1948 establishment of the country’s foremost tertiary academy, that is, the University of Ghana (UG), has never been in doubt. There is more than ample authoritative evidence regarding the identity or identities of the leading campaigners and/or architects whose seminal contributions led to the foundation and establishment of Legon, as the UG is popularly known, for any serious social thinker to waste his or her time playing pointless ping-pong with jaded and grizzled fanatics who have no better means of spending whatever time they may be left with among the living. Recently, some three notorious but hardly scholastically distinguished marginal functionaries of the rump-Convention People’s Party’s Neo-Old Guards, who were mere toddlers on June 12, 1949, when the future President Kwame Nkrumah seismically broke away from the Grant- and Danquah-founded United Gold Coast Convention (UGCC), or were not even yet born, wrote and published a series of articles titled “JB Danquah Was Never Chief Campaigner, Founder of the University of Ghana” (JoyOnline.com 7/9/19).

Well, what was clear about the objective of the authors of the aforementioned series of articles – I suspect there were three or four of them – was not either the search for or the definitive establishment of the historical truth about the champion players in the uphill campaign for the establishment of the University of Ghana. Rather, it was primarily to vacuously dispute the factually incontrovertible by the devious application of sophistry by which these writers supposed that they could seriously undermine the stature, fame and credibility of the globally acclaimed Dean of Gold Coast and Modern Ghanaian Politics, to wit, Dr. Joseph (Kwame Kyeretwie) Boakye Danquah, the man who led the watershed charge in the Gold Coast Legislature, in the form of heated debates and the drafting and crafting of protest letters that eventually convinced the British authorities about the imperative need for the establishment of two, and not one, University Colleges for the so-called British West African Colonies.

Now, I have not joined the decidedly tired debate over whether or not Dr. Danquah was Chief Campaigner in the struggle leading to the establishment of the UG because I researched this very subject extensively some 15 years ago, and even published a couple of short essays on the same subject which I eventually incorporated into a small volume of a political biography of the man titled “Dr. JB Danquah: Architect of Modern Ghana” (iUniverse.com, 2005). Consequently, I have not found the need to either rejoin or be regressively drawn into this largely jaundiced propagandistic debate which, to me, is simply pleonastic or unnecessarily redundant and time-wasting as well as morbidly superfluous. One also did not need a doctorate in Nuclear Physics to come to the definitive conclusion that the most canonical or authoritative source from which to verify the fact regarding the vanguard and/or landmark role played by Dr. Danquah, if any, in the founding of the University of Ghana was, no doubt, the Academic Catalogue of the proverbial horse itself, that is, the Academic Catalogue of the University of Ghana itself. I was also cocksure that the latter source would not lie and had absolutely no reason to do so. Well, this is what the second paragraph of the UG’s own Academic Catalogue had to say about the seminal contribution of Dr. Danquah to the foundation and establishment of the University of Ghana:

It is not clear what the three rump-CPP scholars-manqué hoped to achieve by their rather facile and vacuous claim that they had assembled source materials for their anti-Danquah propaganda challenge or protestation by the appropriation of several sources, almost as if to imply that the canonical or standard account about the founding of the University of Ghana that appears in the Academic Catalogue of the UG had, somehow, been deliberately faked up by some ardent Danquah partisans and fanatics and not the meritocratically selected, vetted and appointed members of the Academic Council of the University of Ghana, as has been done since time immemorial across the globe, at least by all Western and Western-influenced academic cultures. But, perhaps, what is even more significant to highlight here is the unmistakable fact that absolutely nobody – least of all President Addo Dankwa Akufo-Addo – is claiming or has made any claim that it was Dr. Danquah, all by himself, who led the fever-pitched campaign that auspiciously culminated in the establishment of the University of Ghana at the time – that is, in September 1948 – that it did.

We must also quickly point out the fact that the present University of Ibadan, Nigeria, was established in January 1948 and not, as was the case with the University of Ghana, as relatively late as September 1948, some 8 months later. This is precisely where what may be aptly termed as THE DANQUAH FACTOR comes into play. This is also where the scholastic genius of Dr. Danquah and his parliamentary and legislative skills come into play, especially vis-à-vis the heated exchanges that occurred both in the Gold Coast Legislative Assembly and written correspondence which Danquah singularly undertook with the key operatives of the British Colonial Office and the powerful British Secretary for the Colonies.

In another opinion piece titled “Historian Tells Who Founded University of Ghana with ‘Proof,’” which appeared on a website called Pulse.com and was dated November 11, 2018, a historian and researcher at the University of Ghana by the name of Mr. Kweku Darko Ankrah was reported to have alleged that “there were other people who also pushed the colonial government to establish a university in the Gold Coast. These people included Sir Arku Korsah, Nene Azu Mate-Kole, and Otumfuo Sir Osei Agyeman-Prempeh (II?) He admitted that JB Danquah was part of those who made a case for the university to be established but he was not alone.”

No such argument could at once be more disingenuous and patently false. First of all, The Asantehene, Otumfuo Sir Osei Agyeman-Prempeh, II, was actually in favor of the Minority Report of the Elliot Commission that recommended the establishment of only one university college for the whole of the so-called British West Africa. It was Dr. Danquah who prevailed on Otumfuo Agyeman-Prempeh to flatly reject the idea of only one university college to be located at Ibadan, Nigeria, for the education of all talented and academically qualified youths from the four British West African Colonies, namely, Ghana, Nigeria, Sierra Leone and The Gambia (See Okoampa-Ahoofe, “Dr. JB Danquah: Architect of Modern Ghana,” iUniverse.com, 2005).

Of course, there were also cocoa farmers in the mix, but it was, here again, Dr. Danquah, affectionately nicknamed “Akuafo Kanea” or “Guiding Light of Ghanaian Cocoa Farmers,” who brought the farmers, the overwhelming majority of whom were barely literate, into the debate through education and enlightenment (See Prof. LH Ofosu-Appiah, “The Life and Times of Dr. JB Danquah,” Accra-Ghana: Waterville P, 1974). It was also through the singular instrumentality of Dr. Danquah that the Ghana Cocoa-Marketing Board (GCMB), then called the Gold Coast Cocoa-Marketing Board GCCMB), and presently simply called COCOBOD, was established (See “The Life and Times of Dr. JB Danquah”). It was also the dogged determination of Dr. Danquah, who began collecting contributions from Ghanaian cocoa farmers at a conference at Nsawam, for the express purpose of establishing a university in Ghana, after the January 1948 establishment of the University College of Ibadan, that forced the British Crown to approve of the establishment of the present-day University of Ghana.

It is, therefore, rather absurd that some political fanatics and scholastic charlatans who would have Mr. Kwame Nkrumah singularly credited with being “The Founding Father of Modern Ghana,” would automatically lapse into convulsions and paroxysms whenever the uncontestable question of Dr. Danquah’s having singularly championed the campaign for the establishment of the University of Ghana comes up for public discussion. What an inexcusable shame!