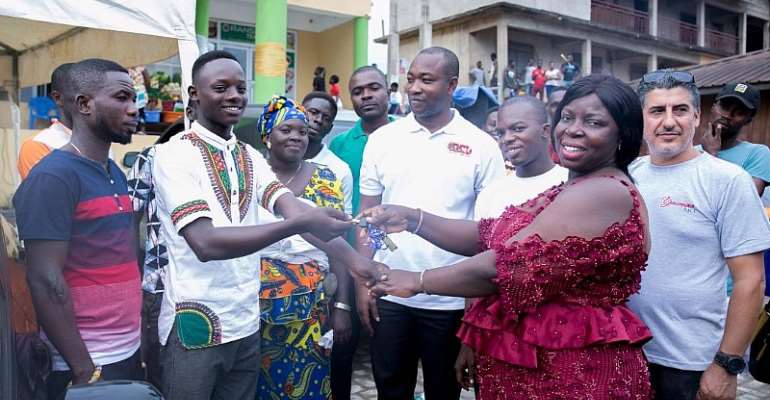 The promo was introduced by the company to reward its loyal customers who purchase their rice brand. Over twelve thousand customers received several giveaways like, TV sets, Irons, blenders and other consolation prizes by simply finding a winning card in any rice sack purchased.

Thomas Arthur an Eighteen year old SSCE graduate was announced as the ultimate winner at the end of the promotion which was held at Ransbert Supermarket, a leading supermarket at Tarkwa in the Western region.

Accompanied by his family the winner narrated how he won the car. He stated that he had heard about the promotion and decided to purchase the rice brand simply because the family loves it.

To his surprise he realized that the rice sack (5kg sack) contained a card which had an inscription as the winner of the car.

Thomas Arthur could not believe the news as he expressed joy and eagerness to drive his new car.

"I just couldn't believe it. I am so happy for winning. Cindy rice has always been our family’s favorite rice. We love it simply because it can be used for all our favorite rice dishes", he stated.

He also further stated that this give away promotion will not be the last of its kind and assured customers of loads of amazing prizes to be won in their subsequent once.

"We love our customers so much and will occasionally reward them with such giveaways. We as a company believe in good customer service and will do anything to put smiles on their faces", He stated 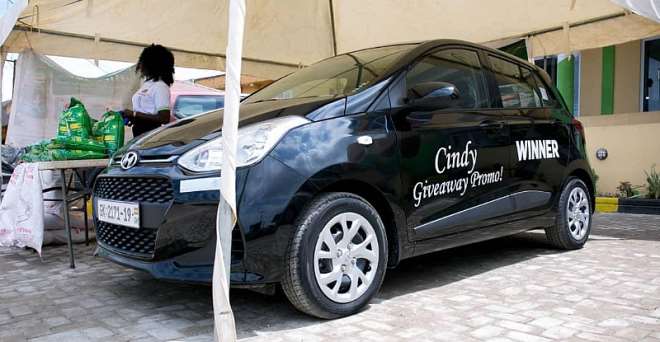 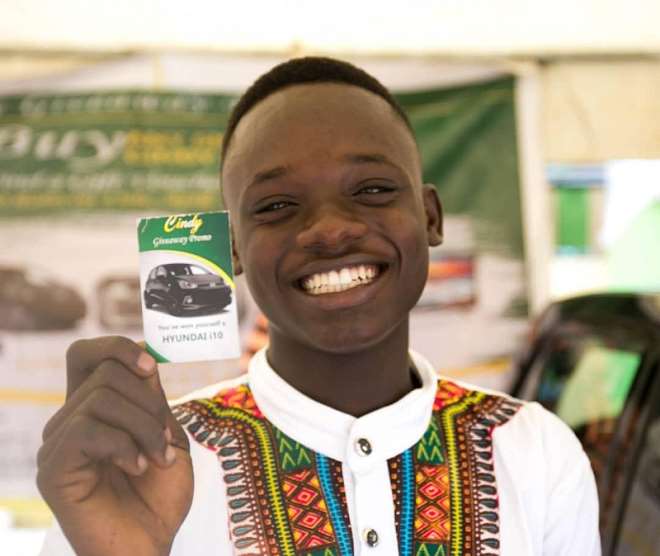