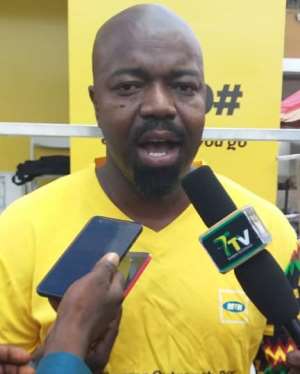 Nii Adotey Mingle, the Northern Sector General Manager of MTN Ghana, says the National Identification Exercise currently being undertaken by the government is a major step in the fight against cybercrime in the country.

He said the practice where some individuals hack into people Mobile Money accounts and succeed in making huge withdrawals would become a thing of the past when the mass registration exercise by the National Identification Authority is completed.

According to him, it would provide a better secured means of data protection.

Speaking at the annual Editors’ Forum in Sunyani organized by MTN Ghana for selected media personnel in Bono East, Bono and Ahafo regions, Mr. Adotey Mingle noted that the current situation where there are various national identifications cards makes it difficult to properly track some of the people who perpetrate cybercrime and other related activities.

He advised mobile phone users to perform transactions themselves without handing out their phones or PIN to agents, avoid calls relating to one’s MoMo accounts and also visit only MTN offices to redeem rewards or prizes.

The Adotey Mingle further encouraged customers to regularly change their PIN code and ensure that the code remains confidential at all times.

The General Manager also announced plans by MTN to commemorate ten years of running Mobile Money services in Ghana including the training of one hundred persons with physical disabilities as MoMo Agents with Gh.c 4,000.00 for each as start-up capital.

These partnerships, he said, include digitizing the agriculture value chain, driving inflow of foreign currency via remittance service which raked in some $90million in the first quarter of this year and the scaling up of female participation in MoMo merchants, among others.

According to him, the Telecommunications giant has in the last ten years been leading data revolution in Ghana and has paid a total of Gh.c 4,352,000,000 by way of taxes to the Ghana Revenue Authority over the last five years.

He also said the company has so far provided about 500,000 jobs through what he referred to as “MTN partnerships and suppliers ecosystem.”

Mr. Appiah said through the MTN Foundation, the company has executed over 147 projects at the cost of over Gh.c 4,000,000.00 across the country in the areas of education, health and economic empowerment.