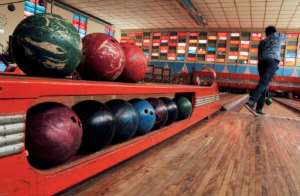 We should all be cheering on some level. So much in this age of cricket favours the pampered bat over the stifled ball. The game of duration has suffered: five-day test matches are struggling before diminishing attention spans and ever shorter forms of the game. The tat of T20 has become the dull staple; the expertise and concentration for test cricket is sliding.

The second test match at Lords, where Australia have a near unblemished record against England, saw a glorious injection into the longer form of the game. Australia’s Steve Smith again threatened a Bradmanesque feat, huffing his boyish invincibility before an increasingly wearing field of bowlers. But he encountered a savage bouncer at the hand of England’s newest weapon, Jofra Archer. Having turned awkwardly away from the rising delivery from the debutant, the back of his neck encountered the bruising cherry. He was floored. A few sharp intakes of breath were registered – at least initially: such a blow could be, as it tragically proved for Phillip Hughes in 2014, lethal. Fans peered, consulted their media feeds, sought the good word. Smith got up, but had to leave the field.

On returning to the crease after 40 minutes, there was little in the atmosphere of Lord’s suggesting that a gladiator had returned, taking his deserved place at his mark. The amber fluid had been flowing, and it was clear to some that jeering Smith was itself a sporting thing to do.

Not so, suggested Britain’s sports minister Nigel Adams. Smith had served his suspension for ball tampering, done his time in cricket’s cold purgatory. “The vast majority of the Lord’s crowd were on their feet applauding Steve Smith after his innings but a small amount of booing from a tiny element of the crowd has made the news.” While he conceded that seeing Smith score a glut of runs might not be what he wanted, Evans found him “mesmerising to watch and as a genuine sports fan we should be applauding him, not jeering.”

As it turned out, Archer’s 148 km/hr blow was a test match debut call, rippling across the cricket world. There was exhilarating danger and a sort of admiration reserved for boxers. Pakistan’s Rawalpindi Express, Shoaib Akhtar, was adamant about Archer’s value. Those from the opponent side were also inclined to issue a note of praise. “It’s quite rare to be able to bowl with pace and accuracy for such a long time,” reflected Australia’s most successful fast bowling titan Glenn McGrath. “His action doesn’t look too stressful, he has a nice, smooth run-up and goes through the crease really well.” Beware those bowlers who make the mode of execution effortless, whatever effort they might be putting into their deliveries.

There was also the usual criticism, a moralist’s behavioural code that surfaces when the quicks get their man. Archer did not compose himself properly in reaction, went this line of reasoning. This proved harsh, as it tends to with most fast bowlers: tactics and determination are confused with predation and brute viciousness. The next day, Archer would tell the BBC that he breathed “a sigh of relief” when Smith got up. To Sky Sports, he expressed some disorientation after the incident. “Honestly, I don’t know what I was thinking at the time.”

While Archer’s praises were sung in a range of registers, the issue of safety had re-appeared. There was a fear about delayed concussion doing its dirty deeds: should Smith had returned to the crease to continue his battles, or retire for a period of numbing tests and distracting convalescence? The experts weighed in; a decision was made: Australia’s golden goose would have to exit.

This made way for some history to be made, namely, a “concussion replacement”, as commentators unflatteringly called it, a substitute cog left with an impossible task to right the run making machine. Few in history have had to be saddled with such top-down discouragement. But Marnus Labuschagne did not seem flustered, filling the vacancy with pluck. “Cricket does not like substitutes,” observed Geoff Lemon for The Guardian, stating an ancient rule of sporting tribalism. An exception was made on this occasion, though it was only so because of Labuschagne’s heroics. “Asked to be Steve Smith for a day,” a laconic Lemon posed, “he had done enough.” This included being struck by another Archer special.

Few spectacles in cricket quite match the hot-blooded bowler in stride, eyes glaringly focused on the batsman as he releases the ball. Such a creature, venomous, striking, and sometimes gigantic, summons the collective blood, turning benign spectators into entranced representatives. Mass chanting hypnosis follows. The seeds of terror are sown, and the opponents recoil. In Archer’s deliveries, the ghosts of Freddie Truman, Malcolm Marshall et al were thriving in their channelling powers. Here was someone England could call their own, a magician, a terror wizard.

The dangerous zip off the pitch from Archer was telling, a respectful nod to the great family of speedsters that has brought ruin and misery to so many batsman, and joy to many a captain and audience. The English captain, Joe Root, has looked deracinated and listless in his approaches to Australia in the past (the catastrophe of the tour of Australia remains). Archer was deliverance and opportunity.

Reservations have been few, and the sceptics hard to find. But there have been a few warnings.

Australia’s former quick bowler Mitchell Johnson wondered whether Archer was labouring too much for his country. The means of exerting terror can be blunted by excessive labour and overly eager captains. But whatever happens for the rest of series, history has been made. We have a new demon fast bowler; a push making neck guards mandatory for batsmen is now underway; and the batsmen from both sides will be pondering their vulnerabilities in brittle line-ups set for the skittling.