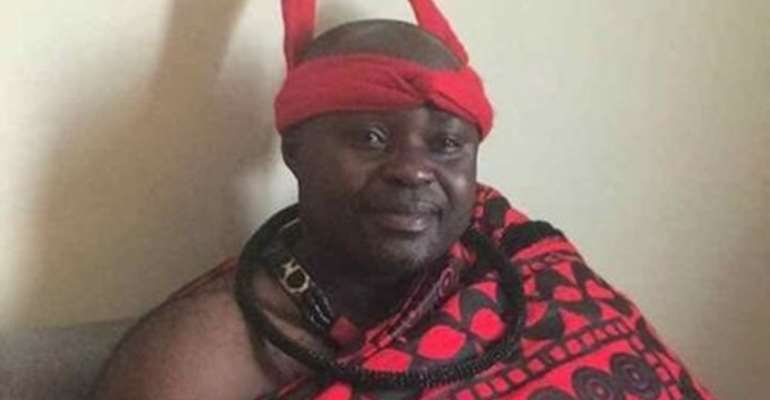 The deceased, 46, was reportedly stabbed to death in the back seat of his Toyota Land Cruiser vehicle by some unknown assailants.

The incident happened on Sunday, August 18, 2019 near Ebuom village on the Ejura – Nkoranza Highway.

Police said they found his body around 4.30pm that day.

“It is believed that the late chief was murdered and his body deposited at the backseat of his Toyota Land Cruiser vehicle and abandoned at the outskirts of the village,” the police said.

The Regional Police Command said it has commenced investigations into the matter and it is working hard to ensure that the perpetrators of the crime are arrested.

It also appealed to the public to assist with relevant information that will help it complete investigations into the matter.

“Police have since commenced an investigation into the case and is working earnestly to get the perpetrators arrested. The general public is also being urged to assist police investigations by volunteering information through police hotlines: MTN and Vodafone toll-free lines 18555 and all networks 191 or 0299202240”

Citi News’ Hafiz Tijani said the deceased was also the owner of the popular X5 pub in Kumasi.

The body of the deceased has since been deposited at the Komfo Anokye Teaching Hospital. 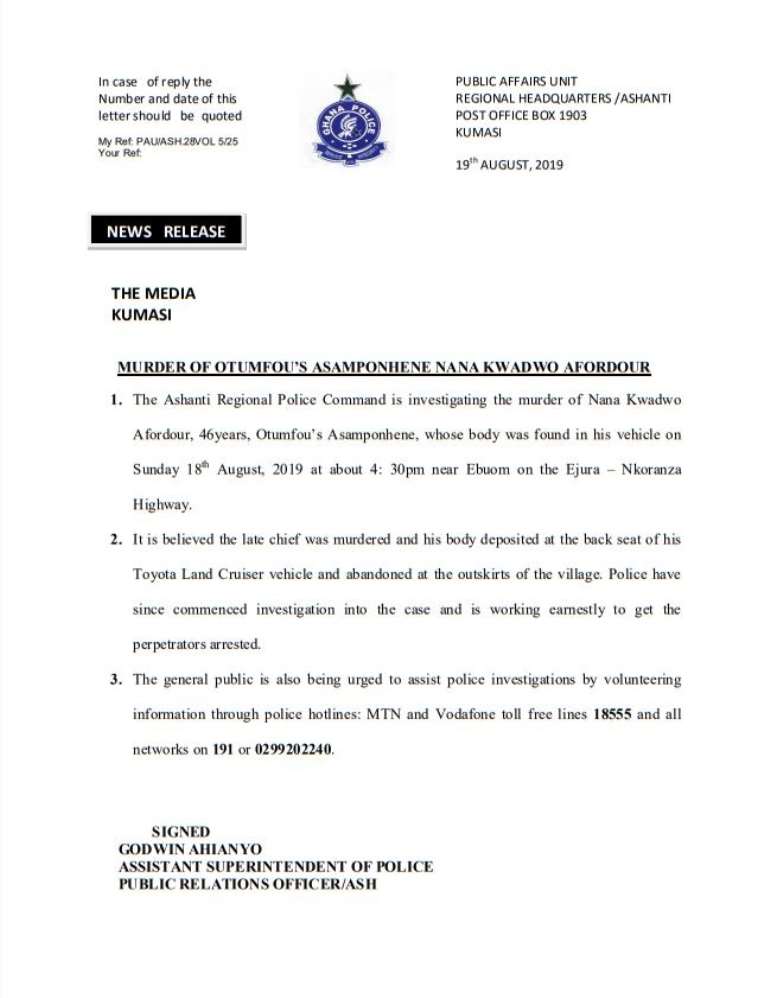