The Greatest Poem
By News Desk 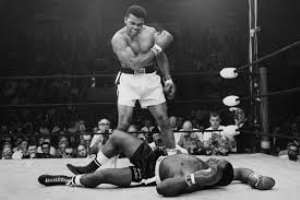 Poet and Spoken word Artist, William Du Bois known in the entertainment circles as Koo Kumi has dropped visuals for his much talked about piece titled, "the greatest poem" ever which tells the intriguing story of one of the world’s best boxers loved globally, Muhammad Ali.

With hard piano chords accompanying his words- 808 drums drop along with the hook, Koo Kumi incorporates ringside bell sounds, flute rhythms, an Ali speech, and the famous ‘Ali Bomaye’ interpolation into this poem.

The clarity in the message, the cadence in delivery and the gripping chant of ‘Ali, who’s the greatest additions to the enchantment of “The Greatest Poem Ever”.

Justifying why he wrote the piece, he said he had learned a lot from the boxer that he felt was worth sharing.

‘I have learned that we don’t need a special one to hold the magic wand, and when life hits you in the face, you relax and gauge and hit back with all you got just like you did to George Foreman’.

The making of the video

After receiving good reactions from people concerning the piece, Koo Kumi disclosed that he and his team decided to make a video.

According to him, this is the most demanding video he has had to work on with his team because they had to travel to the Western, Greater Accra and Eastern region to shoot and had to halt production because his mother passed away.