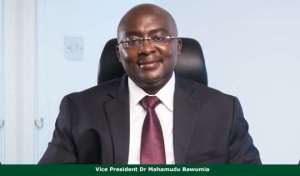 I had mixed feelings when I read the news report in which the Vice-President, Alhaji Mahamudu Bawumia, was reported to have announced to a packed audience of Muslim worshippers at the Independence Square, Accra, that the Absolute Monarch of Saudi Arabia, King Salman Bin Abdulaziz al Saud, had promised the country the “Gift Horse” of a Medical University, to be built somewhere in the northern-half of the country; as well, an additional 42 Senior High Schools, to be constructed all over the country (See “Saudi Arabia to Build Medical Varsity, 42 SHS for Ghana – Bawumia” Kasapafmonline.com / Ghanaweb.com 8/12/19).

Fundamentally speaking, this kindly and friendly gesture deserves all the gratitude and appreciation that it seems to be receiving from among Ghanaians of all religious persuasions and walks of life, as it were. Well, coming in the wake of the brutal and merciless assassination of Jamal Ahmad Khashoggi at the Saudi Consulate in Istanbul, Turkey, I am a bit chary about the proposed site of the Saudi-sponsored Medical University, that is, in the northern-half of the country, being that even though they came relatively late in the history of our country, nevertheless, today, there are quite a remarkable number of reasonably well-equipped and academically and professionally competitive tertiary academies established in northern Ghana, including, of course, the multi-campus University for Development Studies in several urban communities and municipal and metropolitan areas Up-North like Tamale, Wa and Navrongo, and several other places.

But even more suspiciously so because not very long ago, Vice-President Bawumia reportedly told the leaders of the country’s Islamic community that some 3,000 Arabic-language scholars were being recruited from outside the country into Ghana to teach Arabic and the Islamic culture in the country. At the time, when there appeared to loom a storm of vehement protest to this rather strange proposition, there immediately appeared to be a strategic backpedaling in which the rather coy response was that most of these Arabic-language scholars would be largely confined to the predominantly Muslim northern-half of the country.

I also vividly recall writing and publishing a column in which I sternly cautioned Vice-President Bawumia that if he or any other leader or leaders from the Muslim community were entertaining any funny idea of having any part of the country subtly and systematically Arabized and/or Islamized, he and whatever forces in the Muslim community in the country that happened to be entertaining or attempting to push this patently dangerous idea onto the country would be fiercely resisted, and I would be highly unlikely to back his candidacy or bid for the Presidency in the offing, should he so decide to put forth the same.

Well, as of this writing, I still staunchly maintain my stance. You see, the dominant Islamic philosophy of the Saudi Monarchy and Kingdom is something called “Wahhabism” or the Wahhabi Movement, which is defined by the Wikipedia website as “a fundamentalist sect within Islam [that was] founded by Muhammed Ibn Abd-al-Wahhab that would lead to the creation of the Emirate of Diriyah as he [that is, Muhammed Ibn Abd-al-Wahhab] and Muhammad Bin Saud launched their campaign to reform Islam and consolidate power in Arabia from their power-base, and its eventual [auspicious] crushing by the Ottoman…” Turks.

We need to also highlight the fact that at last 15 of the 19 Al-Qaeda-sponsored Islamic fundamentalists who brought down the twin-towers of the World Trade Center (WTC), right here in New York City, which resulted in the deaths of more than 3,000 people, both directly and collaterally and/or vestigially, had been widely alleged to have been heavily influenced by the radical revolutionary theoretical philosophy of Wahhabism. Clearly, what we see here is a “backward” but steady and inexorable movement towards the sinister revival or realization of the “Wahhabi Project” in Ghana.

I have long discarded Dr. JB Danquah’s apparently prophetic warning that most of the Akan-language-speaking people fled the radical Islamic fundamentalist revolutionary movement of the Al-Mohads, also called the Al-Moravids or Al-Murabitun in many a standard history textbook, by traveling 1,000 (one-thousand) miles southeast to the present-day areas of Ghana, Ivory Coast and Togo and, perhaps, even present-day southern Nigeria, as well, to avoid their being forcibly Islamized. Dr. Danquah also sternly warned his non-Muslim peers and the younger and future generations of Ghanaian leaders to ensure at all times and at all costs that “The Madness” of “Islamic Jihadism” did not take grips of Modern Ghana, else, those of us who are proud and determined to jealously protect our indigenous African cultures and cultural and moral values would have to jump into the Gulf of Guinea and be forever lost to the rest of global humanity and civilization.