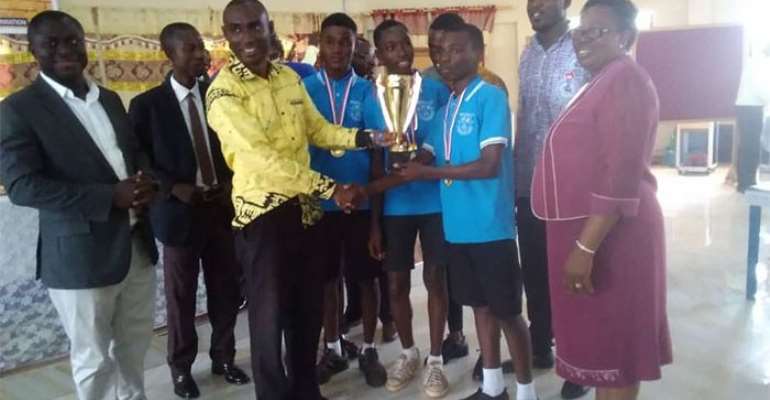 The school emerged winner with a total of 115 points to beat competitors from Asankare JHS which took the second position with 93 points in a three-round contest.

For it efforts, Amantia M/A was presented with a desktop computer and a trophy.

Gyadam M/A JHS and Akrofa M/A JHS placed third and fourth with 83 and 81 points respectively in the competition which had 75 schools participating.

Lecturer at the Kumasi Technical University (KsTU), Edmond Oppong Peprah, who is a native of the area, organized the competition in collaboration with the Municipal Directorate of Education and the Assembly.

The Municipal Director of Education, Evelyn Karina Benewoe expressed her gratitude to Mr Peprah for the initiative, which she said would go a long way to enhance education development in the district.

She called on individuals and other stakeholders to sponsor such programmes to promote education and benefit children in the area in support of Government's Free Senior High School education programme.

Mr. Peprah, on his part, said the competition was his little contribution towards improving students' performance at the basic level, pledging his continuous support for the organisation of the competition annually.

According to him, improving the standard of education is a shared responsibility of every citizen, adding that the municipality needs well-grounded talents to contribute effectively and efficiently to the socio-economic growth of the local economy.