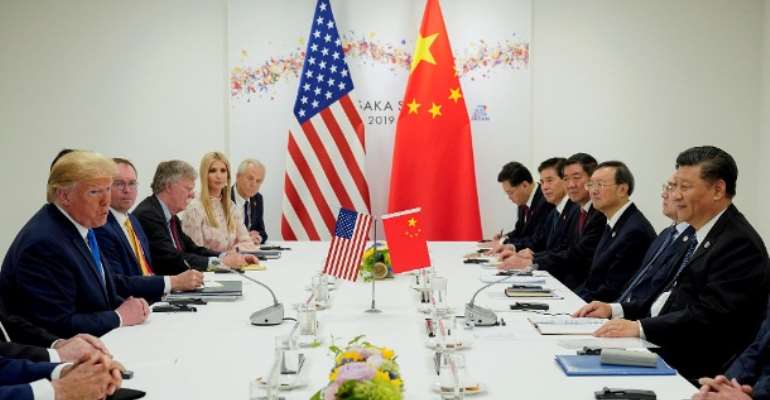 In the trade dispute, US President Trump has announced new punitive tariffs.

The trade conflict between the USA and China has been going on for more than a year. This week, both sides spoke to each other again for the first time. Nevertheless, Trump is now announcing new billion-dollar tariffs.

From September, the USA will impose a new 10 per cent fine on Chinese products worth around 300 billion dollars (270 billion euros). This was announced by US President Donald Trump on Thursday via Twitter.

The two countries - the world's largest economies - ended the latest round of trade talks in China on Wednesday without any visible progress. However, it was agreed to continue the negotiations in Washington at the beginning of September.

Ceasefire over
"We look forward to continuing the positive dialogue with China for a comprehensive trade agreement," wrote Trump on Twitter. The White House had described the recent negotiations in Shanghai as "constructive". The Chinese Ministry of Commerce spoke of an open, efficient and intensive exchange.

These were the first direct trade talks between the two largest economies since the failure of the negotiations in May. At the end of June, Trump and China's leader Xi Jinping had agreed on a "cease-fire" in their trade war and a resumption of talks on the fringes of the G20 summit of the major economies in Osaka, Japan.

On Wednesday, the Federal Reserve lowered interest rates by 0.25 percentage points on the back of Trump's trade conflicts, which are increasingly weighing on the global economy. It was the first rate cut since the end of 2008.

Talks resumed
The trade war between the two countries has been going on for more than a year. The original trigger was Trump's anger at the fact that China exports far more to the USA than vice versa. He calls for the removal of market barriers, criticizes the violation of copyrights, the forced transfer of technology to US companies operating in China and state subsidies.

Since then, Trump has already imposed 25 percent special tariffs on half of its imports from China. China reacted with counter-tariffs. For the agreed resumption of trade talks, the US President had actually promised in Osaka to postpone a planned expansion of the special levies for the time being. However, the threat was still on the agenda.