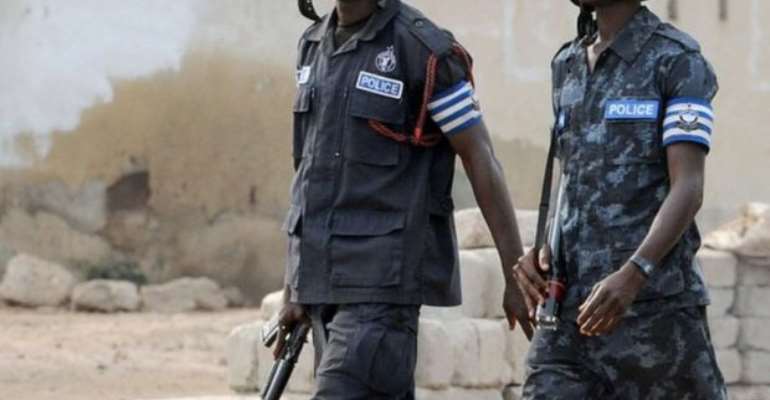 The Police has announced a GHc10,000 reward for credible information on the murder of a policewoman by suspected armed robbers at Tamale in the Northern Region.

The police have also deployed a specialised team to aid with investigations into the killing which happened on Tuesday.

Reports indicate that armed men in military-style attire opened fire at a police checkpoint on the Kumbungu road in the Northern Region killing the policewoman in the process.

The gunmen also succeeded in making away with two guns of the police.

A police report said another officer who was on duty took cover following the shooting.

A third officer who was also at the barrier returned fire as the assailants escaped.

In a statement signed the Director-General of Police Public Affairs ACP David Eklu, the police administration assured that it will “leave no stone unturned” in the investigations.

“The statement also noted that “all regional commanders have been directed to put in extra measures to ensure the safety of the officers they deploy for duties and that of the general public.” 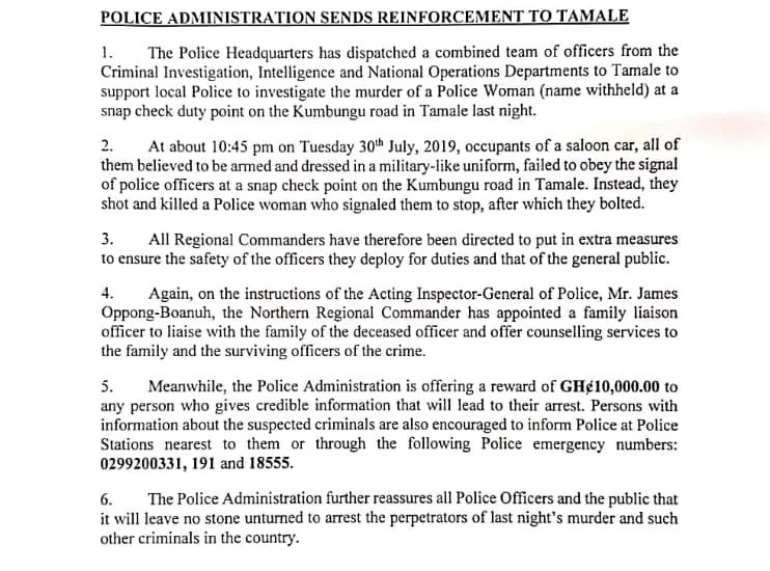