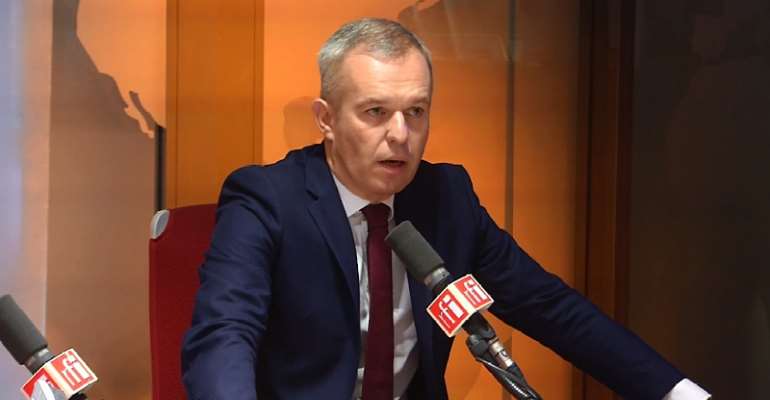 François de Rugy, the former ecology minister, is still angry at what he calls “the media lynch mob” which cost him his job. He wants to see more regulation of the press, especially its online versions.

François de Rugy, former president of the French parliament, former minister, lost his job because the Mediapart news site accused him of misusing public funds to fill his mates with fine food and wine, and of spending a fortune on redecorating his official apartments.

The man resigned.
Separate official investigations into the two cases exonerated the accused, in the first case establishing that the allegedly private dinners were actually state functions and were therefore legitimately lavish. As for the spot of painting and decorating, the rooms in question are part of a listed building, and work on those is strictly regulated and very costly.

Speaking of regulations and costs, de Rugy now says he would like to see more of the first applied to internet news operations, which currently escape the vigilance of the French media regulatory body, the Higher Audiovisual Council. And, as for costs, the former minister has taken legal action against Mediapart, alleging defamation.

He says he doesn't want to go to war, but insists that he is the victim of a lynching. “They didn't go after a topic,” de Rugy says of Mediapart. “They went after an individual.”

If the same allegations had been made on TV, says the disgruntled politician, the audiovisual council would have been there to arbitrate. But the council has no internet remit, effectively giving Mediapart the power of a major television network.

Now de Rugy is calling for the establishment of some controlling body for news services on the internet. “I've always been in favour of press freedom. You'll never hear me call for censorship. But I'm also in favour of the respect for basic principles.”

The state secretary for the internet, Cédric O, recently warned that if journalists don't take the initiative and clean up their own act, then the state will step in and do it for them. He was very quickly put back in his place by a pack of news hounds, loudly baying about the dangers of state control, blah, blah and blah.

We'll see how far the former minister gets with his attempt to put manners on the fourth estate.

By the way, de Rugy says he knows who leaked the information on which Mediapart based their original claims. She's a woman, a journalist and a friend (perhaps "former friend" is better?) of de Rugy's wife. The former minister says it was a “question of personal vengeance”.

And it appears, says Le Figaro, that the former friend obtained the incriminating photo of the Valentine's Day dinner from, wait for it, Mrs Séverine de Rugy herself. She sent it out to her friends to show what a good time was being had by all.

You can imagine that the breakfast table conversation in the de Rugy household is a tad strained these days.

2020 WASSCE Performance Puts Akufo-Addo Ahead Of Mahama – Ad...
32 minutes ago