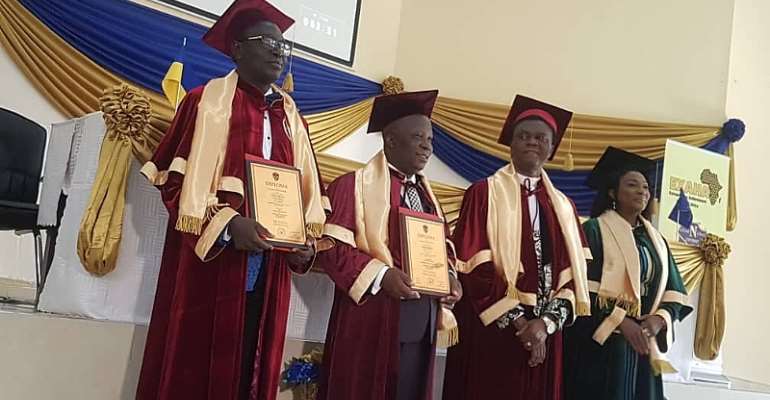 The Executive President of the Centre of Awareness (COA) Global Peace Mission, Dr Samuel Ato Duncan has inducted as a research professor by Alfred Nobel University (ANU) in Ukraine.

The induction ceremony which was held in Accra over the weekend, saw delegation of Alfred Noble University conferred the honour on Dr.Duncan and officially inducted him into the university as a research professor.

The award was in recognition of his remarkable contribution to quality research particularly in the health sector.

Dr. Duncan, in an interview with the press describe his achievement as a "wake-up call" to the nation to recognise the efforts of its hardworking citizens.

He expressed worry that, in spite of his numerous discoveries, which he said had earned him global recognition, no institution in the country had expressed interest in acknowledging his efforts or tap into his ideas.

“I did not expect an institution from Europe to come and give me such an enviable award”, he said. I expected Ghana to do it first, but it is all the same a wake-up call for leadership in this country to acknowledge what is good for Mother Ghana and Africa,” he stated.

According to him, he's "going to use this opportunity as a research professor in the Ukrainian university to do further research, so that we can come up with a lot of solutions that the world is looking for”.

And was confident that, his potential cure for HIV/AIDS would, in “the next few years”, receive approval, to the delight of the world that, his proposed cure for the disease would soon undergo controlled clinical trials, after which the results would prove whether or not it was capable of combating the disease.

“The discovery is a serious achievement, as research institutions all over the world have failed to come up with a possible cure for HIV/AIDS,” he said.

Due to his hard work and research, Dr. Duncan has recently been honored with several awards including:

– DISCOVERY OF THE MILLENNIUM AWARD

At the ceremony, six other notable Ghanaians were honored for their extraordinary contribution to Ghana and beyond.

The decision to honour the personalities, according to the Scientific Secretary of the Academic Council of the ANU, Prof. Kozhushko Svitlana, was to recognise their substantial contributions to poverty reduction, equality, the welfare of humanity, among other things. 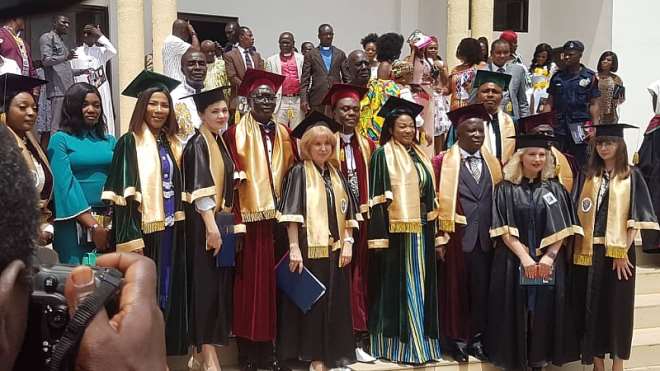 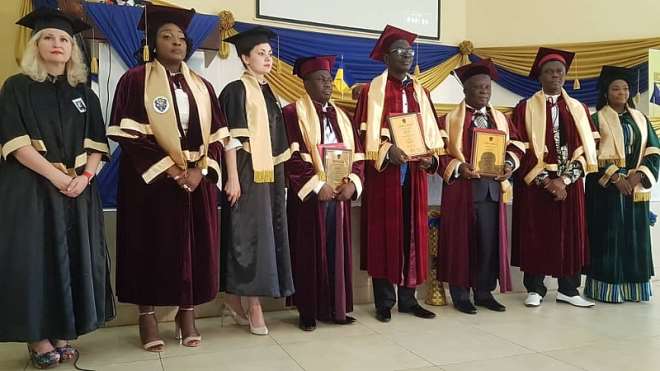 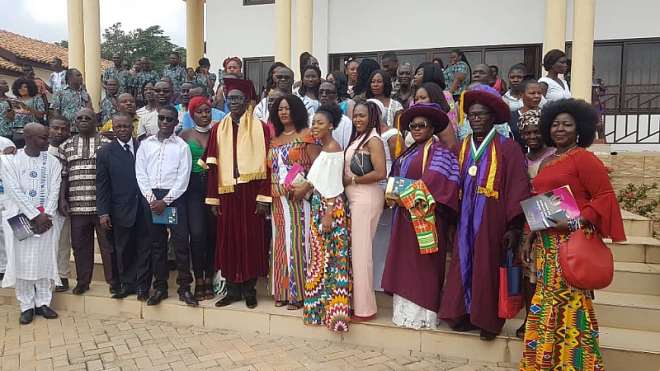