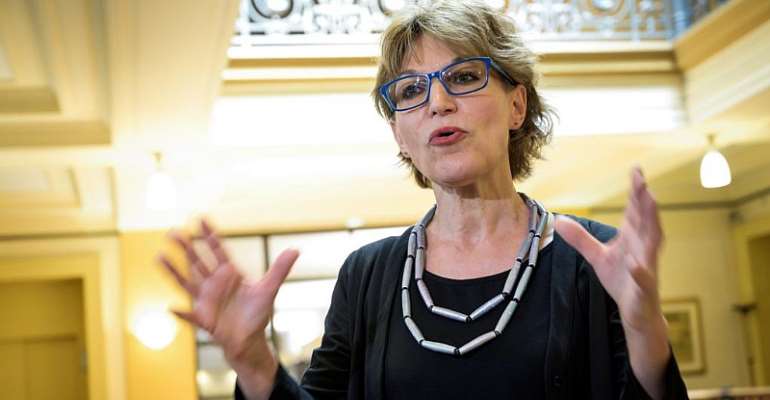 On Wednesday the UN High Commissioner for Human Rights published an Investigation into what the watchdog calls the “the unlawful death of Mr Jamal Khashoggi.” Saudi Arabia has dismissed the highly critical report.

On 2 October last year, the Saudi journalist Jamal Khashoggi went to the Saudi consulate in Istanbul, to pick up papers needed for his marriage.

“If the international community ignores a targeted killing designed to silence peaceful expression of independence of mind, it puts at risk the protection on which all human rights depend,” says Agnès Callamard, who authored the report for the UN High Commisioner for Human Rights, during a press conference in Geneva.

Agressive tactics
“There are clear signs of increasingly aggressive tactics by state- and non-state actors to permanently silence those who critisise them,” she adds.

The hard hitting report, authored by Callamard, says that Khashoggi's murder constituted an extrajudicial killing for which she holds the Kingdom of Saudi Arabia responsible.

It also constituted a violation of the Vienna Convention on Consular Relations, of the prohibition against the extra-territorial use of force in time of peace, an act of torture under the terms of the Convention Against Torture, ratified by Saudi Arabia, and an enforced disappearance “since the location of his remains has not been established.

Suffocated using a plastic bag
The report is based on interviews with Saudi personel, Turkish intelligence operatives, recordings of telephone conversations and security cameras.

Paragraph 95 and 96 of the Report paint a particularly gruesome picture of what happened:

95. "In the recordings, sounds of a struggle can be heard during which the following statements could also be heard: “Did he sleep?” “He raises his head.” “Keep pushing.” “Push here; don't remove your hand; push it.” Assessments of the recordings by intelligence officers in Turkey and other countries suggest that Mr Khashoggi could have been injected with a sedative and then suffocated using a plastic bag. Turkish intelligence also noted that the Saudi members of the 15-person team spoke of a rope, but they could not conclusively determine if the rope was used to tie Mr Khashoggi or possibly to move his body, or if it was used at all.

96. "Sounds of movement and heavy panting could be heard in the remainder of the recordings. The sound of plastic sheets (wrapping) could also be heard. Turkish intelligence concluded that these came after Mr Khashoggi's death while the Saudi officials were dismembering his body. The Turkish intelligence assessment identified the sound of a saw at 13:39. The Special Rapporteur and her delegation could not make out the sources of the sounds they heard.

The full text of the report was already leaked on 19 June, and the Saudi Minister of Foreign Affairs Adel Al Jubeir said that there “was nothing new” in it. On Monday, one day before the official publication, the Saudi assembly Shura Council said it “completely rejected” the report.

“I think all along the Saudi authorities have chosen to reject international criticism of the crime that they committed,” says Iltar Turan, a professor with Istanbul's Bilgi University.

“And therefore rejection of the UN report is simply a continuation of a policy that the Saudi government has been pursuing all along after the murder of Jamal Khashoggi.”

Terrible crime
The report stated that the Saudi reaction in dealing with the report was “timid” and asks for a suspension of a trial of 11 suspects singled out by Riyad, as it “fails to meet procedural and substantive standards”.

“It seems that the Saudi government has chosen to question and penalise people who were involved in the implementation of this decision,” says Turan.

“But some major figures without whose knowledge such a terrible crime would not have taken place have not been questioned or held responsible,” pointing at the fact that the Consul General in Istanbul “left the country within 24 hours after the crime.

“It is inconceivable that something like that would have been conducted in his consulate without his knowledge.”

Relations between Saudi Arabia and Turkey deteriorated over the last few years because of Ankara's support for Qatar and the Muslim Brotherhood's Egyptian President Mohammed Morsi, both detested by Riyad.

“The fact that a crime was committed in Turkey, in the Istanbul Consulate, shows significant disrespect for Turkey, and therefore there is no reason to expect that this is going to be overlooked, particularly in view of the fact that the relations are generally bad,” he says.