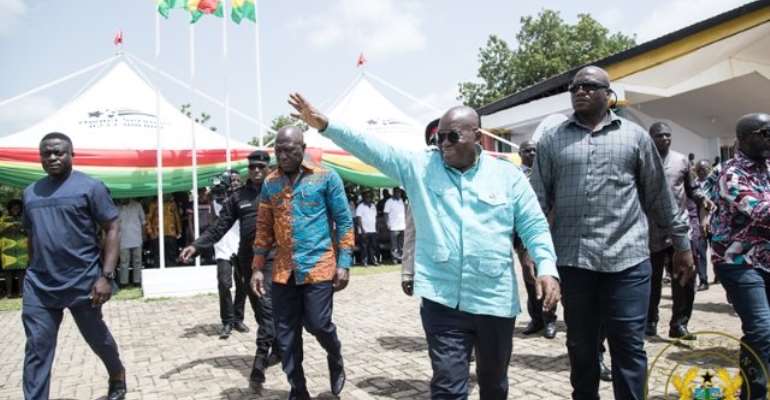 Like vultures which live chiefly on carrion, Mahama and his appointees scavenged the country's resources using the SADA vehicle.

When the NPP in 2008 designed the Northern Development initiative to pay particular attention to the three Northern Regions, the NDC plagiarized the concept, renamed it Savanna Accelerated Development Authority (SADA) and made a mess of it.

The SADA vehicle had animal rearing as one of its constituents. Guinea fowls were to be reared on a large scale. Millions of cedis were sunk into the project but the resultant outcome was that the Rowland Agambire-led project became a monumental flop. Ghana lost millions of cedis through that scheme.

The guinea fowls, the story goes, flew away into neighbouring Burkina Faso and have since not returned. In effect, monies were wasted with no results to the people of the three Northern Regions.

To give animal production a boost and to use same to get the teeming youth in the country an employment avenue, the Akufo-Addo administration has launched the Rearing for Food and Jobs policy.

The project is aimed at developing a competitive and efficient livestock industry that has the potential to increase domestic production, reduce importation of livestock products, and contribute to the improvement of the lives of the people within the industry.

This project covers animals such as cattle, sheep, goats, pigs, chicken and guinea fowls. The scope, as can be seen, is wider than Mahama's SADA which touched on only guinea fowl rearing.

he RFJ initiative is a well thought-out policy designed to last for five years by which time players in the industry would be better placed to stand on their own feet in order to help others to also develop.

One thing that sets this Akufo-Addo administration apart from that of John Mahama is the fact that while this government is making a judicious use of the resources of the country through Planting for Food and Jobs and this newly created Rearing for Food and Jobs project, Mahama used SADA as a vehicle to siphon off monies belonging to the state into private people's pockets.

SADA was a corrupt route through which the state suffered murderous financial pains under the Mahama administration. A return of Mahama and the NDC to power is an endorsement of such corrupt schemes to rear their ugly heads.

The NDC is indeed different from the NPP as Mahama said. The NDC bests the NPP when it comes to corruption and incompetence. Keeping myopic and incompetent Mahama in perpetual retirement is the only way a SADA-like scheme will never be witnessed by Ghanaians.