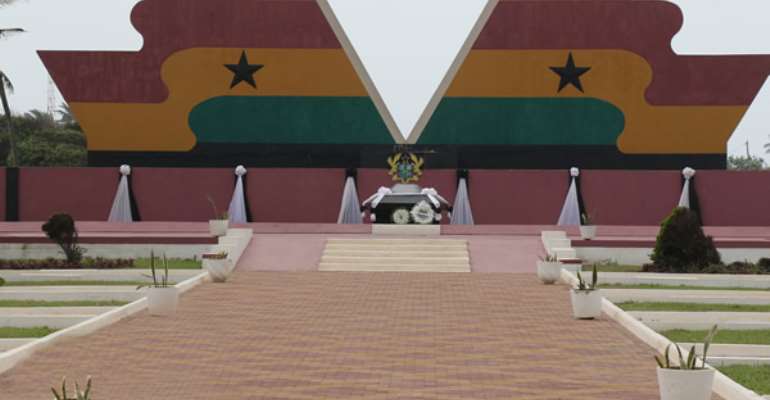 The Member of Parliament for Komensa/Edina/Eguafo/Abram constituency and brother of late President John Evans Atta has dismissed media reports that the family have taken decision to exhume the mortal remains of late President from Asomdwee Park to the military cemetery or Ekumfi-Otuam.

According to him, the family have not reached any decision as to relocate the grave of his brother and former President of the Republic.

While admitting that the Asomdwee park is a mess not befitting a resting place for a former President of the country, Hon Atta-Mills confirmed that the family is unaware of such moves and that the maker of the statement with regards to the exhuming of the mortal remains of late President is not from the Atta-Mills family.

He told Journalists in Parliament Tuesday, June 25, the sorry state of Asomdwee Park only indicated how Ghana is not worth dying for, pointing that, in other countries like the USA and Germany, they have former Presidents Park and Hero's parks respectively.

Hon Atta-Mills said the family is however disappointed about the rate at which the place is abandoned, asking rhetorically that, " if a former President is treated this way, what about the ordinary Ghanaian who toiled for this nation?"

He bemoaned how the former President resting place has now been turned into a hideout for criminals who go there to smoke wee, attributing the neglect to politics.

The MP said, he does not understand why the State is reciprocating his brother this way after years of service to mother Ghana from classroom lecture through to become a president.

The Asomdwee park, he observed is only kept good on one political regime and bad on different political regime, stressing that politics should be the bane of national focus.

In his view, the late President and law lecturer of his stature should have been buried at the military cemetery at Burma Camp in Accra.

He said the family have plans but have not reached a conclusive decision to exhume the mortal of the former President.