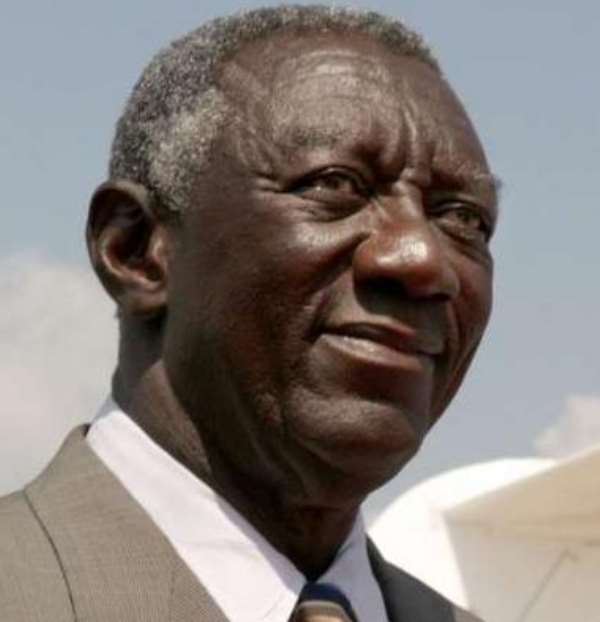 In the years between 2001 and 2008, under his administration, president Kufuor instituted the Fast Track Court which tried a number of corruption related cases and cases of criminal intent. His own Sports Minister, Mallam Yussif Issah, was sent to jail.

Some members of the opposition party NDC, who were deemed corrupt or to have willfully caused financial loss to the state were prosecuted and received various forms of punishment. Tsatsu Tsikata, former boss of Ghana National Petroleum Corporation and the late Victor Salomey, former Deputy Minister of Finance, all under President Rawlings government were not spared. Others included Dan Abodakpi, former Keta MP and Kwame Peprah, former Finance Minister. In those years the Fast Track court had no political colors and it was up and working seriously.

Can anyone point to me any high profile politician or government employee who has been jailed between 2009 and 2019 for corruption? When the NPP were in opposition, they promised heaven and earth to investigate the death of President Atta Mills and also to find the killers of JB Danquah Adu. What have we seen? In no time, Daniel Asiedu was arrested for killing JB Dankwa Adu only for the state to declare a Nolle Prosequi until Ghanaians cried out.

Ghana Circuit Courts are always unfair to the poor men who steal goats, cassava and plantain. They receive hash jail terms of two years, five years and sometimes ten years. The looters, destroyers (illegal miners) and hardened criminals are free people with their judgements always adjourned to a time in exponential infinity.

Under the leadership of President Nana Addo Dankwa Akufo-Addo, a former Attorney General, and now, backed by the Special Prosecutor, Mr. Martin Amidu, Ghanaians expect more justice and a vigorous war against corruption. Other than that we must always commend the former President John Agyekum Kufuor.