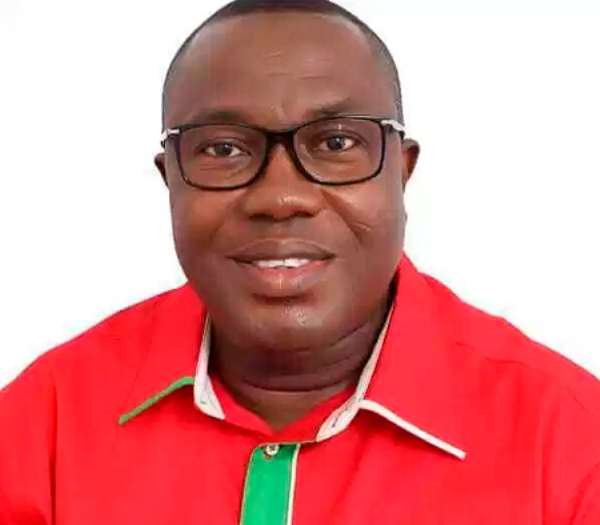 The National Chairman of the opposition National Democratic Congress (NDC) Samuel Ofosu Ampofo last Wednesday probed by detectives at the Criminal Investigations Department (CID) about the kidnapping of an Indian businessman and the fires which gutted the Kejetia and Asafo markets recently.

The questions were posed as part of investigations being conducted by the detectives when a suspect reportedly mentioned his name as being the brain behind the kidnapping and the arson.

When he was invited, his party lawyers and party elders took a position that he was not going to honour the invitation.

It took a warrant from a court of law to have him arrested before he answered questions concerning the ongoing investigations.

The NDC created an impression that the party chairman turned himself in when it became obvious that an arrest warrant had been secured to forcibly pick him up.

Details of exactly what transpired when he was bungled to the CID Headquarters in Accra were contained in a statement issued by the party's Director of Communications, Kakra Essamuah, who said the national chairman denied the allegations during the said interrogations.

For those who were eager to learn about the details about what the police are seeking from Mr. Ofosu- Ampofo, a statement from the party has revealed such important information.

Hiding behind alibis, the party chairman told a crack squad of interrogators that he was not present at where the crimes took place on the said dates – April 19 to 25, 2019.

Supporting the alibis, the communications director said the chairman was attending to private matters in Tema and the United Kingdom at the time the crimes occurred.

With regard to the rare insight into what unfolded when the CID hosted their arrested suspect, the NDC statement went on: “Under interrogation today, Chairman Ofosu-Ampofo, after refreshing his memory with entries in his diary and passport, told the Police that from the 18th of April to the 21st of April, he was at the annual Easter Convention of the Church of Pentecost at Nungua, which was organised by the Teshie-Nungua branch of the church.

“And thereafter on Easter Monday, 22nd April, he emplaned for a private trip to the United Kingdom. He returned on Saturday, 27th April, just early enough so he could lead the NDC delegation to Peduase on Monday, 29th April, for the meeting with the NPP and the Peace Council in the encounters intended to eliminate vigilantism.”

It was gleaned from the NDC statement that on the said date of his appearance at the CID headquarters, he was confronted with pictures of two suspects who mentioned him as being behind the kidnapping of the Indian and the arson.

This encounter with the CID, the second appearance, took place last Wednesday during which according to the statement, “Chairman Ofosu-Ampofo flatly denied these allegations and asserted that he did not know the said suspects; he had not conspired with anybody to burn markets or kidnap anyone, and also he was not even in Kumasi during that time.”

Unable to provide convincing alibis, he was requested to do so as soon as he was able to recollect his exact movements during the period under review.

After refreshing his memory with entries in his diary and passport, he provided his interrogators with the details as aforementioned.

At the end of the second encounter, Mr. Ofosu-Ampofo was urged to return in a fortnight for the continuation of the interrogation.

Chairman Ofosu-Ampofo of the NDC said he would cooperate with the police but added that he had nothing to do with the kidnapping of the Indian and the torching of the two markets in Kumasi.

For a man already standing trial after being charged for threat of harm, conspiracy to commit harm, riot and assaulting a public officer, these questions on a different subject have sparked heated political debate.

He has already made two appearances at the CID headquarters in respect of his alleged kidnapping of the Indian and the arson at Kejetia and Asafo markets.

It feels auspicious that the spate of abductions and arson took place on the heels of the NDC chairman's leaked audio in which he laid out the party' chilling strategy for the 2020 elections.

Among the strategies are the creation of a general state of insecurity in the country through kidnappings and arson, and verbal attacks on public officials like the chairman of the National Peace Council and Electoral Commission boss, Jean Mensa.