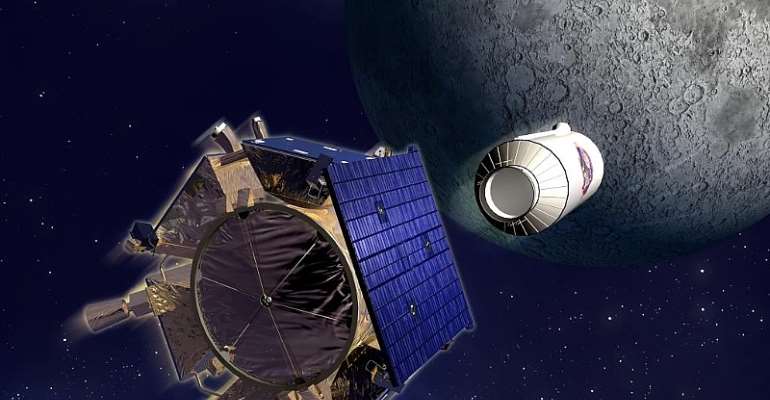 Fifty years after Niel Armstrong set foot on the Earth's closest celestial object, lunar exploration is back. Over the coming decade, establishinga sustainable outpost on the lunar surface ahead of sending a manned mission to Mars has become NASA's priority.

After years in the space doldrums, the moon is back. Not that it went anywhere. But after a long period during which it had fallen out of fashion, lunar exploration is back on the cards.

Speaking at the Paris Air Show in Le Bourget, NASA administrator Jim Brindenstine was unequivocal about the agencies imminent return to the lunar surface, but with a different set of ethics, objectives and above all, sustainability.

According to Brindenstine, there were zero opportunities for women 50 years ago. "Today we're going to go to the Moon in an entirely different way. A sustainable return to the Moon with commercial partners, international partners, utilising the resources of the Moon, proving the technology, retiring the risk and going on to Mars," he said.

The new missions will be called "Artemis", in reference to Apollo's twin-sister in Greek mythology, who also happenend to the godess of the Moon. The Apollo missions, of course, was the trailblazing space programme that brought us to the Moon in the first place back in the late 1960s and early 1970s.

Why the Moon?
Renewed interest in the Moon has also been piqued by the fact that regional rivals India and China have their own successful lunar programmes, with China recently landing a spacecraft on the far side of the Moon.

But the main reason NASA is returning is to establish an outpost for further exploration of the solar system, namely a manned mission to Mars.

"Hundreds of millions of tonnes of water ice on the south pole of the Moon," says Brindenstine, "water ice is life support. It's air to breathe, it's water to drink... it's also rocket propellant. Hydrogen and oxygen that powered the Space Shuttles. The same rocket propellant that will power the space launch system."

So essentially the idea is to have a sustainable outpost established on the Moon that would be able to provide fuel, water and air to a docking station in lunar orbit. This would then equip any manned mission to Mars with the necessary propellant and life support to get the astronauts to their destination.

In addition, any type of Moonbase would be a testing ground for creating a habitable, autonomous environment in a hostile environment.

Life on Mars?
Here's what we know about Mars. Earth and Mars are only on the same side of the Sun once every 26 months.

"That means when you go, you have to be willing to stay for up to 2 years. We don't want to learn what we need to learn for the first time on the way to Mars. We want learn how to live and work on another world [on] the Moon... it is the proving ground so we can go further into the Solar System in a safer and more efficient way."

Duke who was on the lunar surface for 3 days said that despite the distance between their landing site on theMoon and the control centre at Cape Canaveral, he found his surroundings quite familiar.

"So we were very excited, of course. We were like two little kids at Christmas and a birthday at a candy store. You're looking out at this incredible lunar surface and the most amazing thing about it... I felt like 'I'm home'!

"I could look out John's [Young] window, there was Stone Mountain. I could look out my window and what we called the Smokey Mountains over there, so we recognised all of these major features that we had been two years training to explore... so you felt 'well I'm home'."

The Moon Car
As an astronaut on Apollo 16, Duke recounted that this was the second lunar excursion to have a "car", in reference to the Lunar Rover of the later Apollo missions. But just because you had a vehicle on the Moon, that didn't mean that you needed to push it to its limits.

He explained, "we were able to explore and the car would go 100 kilometres and back. But you didn't drive that far because if you drove out 10 kilometres and the car broke down, you had to walk back. So our limit was not our 'emergency system', but our oxygen and the cooling water and our life support system."