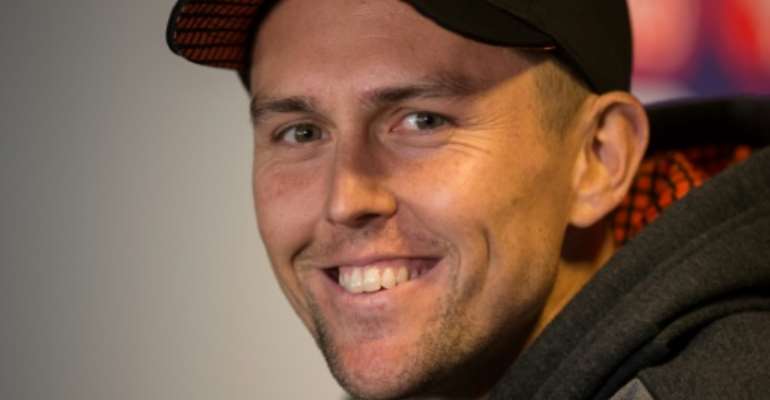 New Zealand pace bowler Trent Boult has warned his side not to underestimate "hungry" South Africa as their troubled opponents fight for World Cup survival on Wednesday.

The Black Caps will go top of the World Cup group table if they beat South Africa at Edgbaston.

But the Proteas, with just one win from five matches, know they cannot afford another defeat if they want to maintain their slender hopes of a semi-final place.

"It's a must-win in their tournament," Boult said. "We're looking forward to facing them and I am sure they are eager and hungry to put in a good performance, because it's a big one for them."

The stakes are not as high as in their meetings at the past two World Cups, with New Zealand winning the quarter-final clash in 2011 and a semi-final showdown in 2015.

Boult has fond memories of New Zealand's run to the World Cup final four years ago and hopes his team can make another strong showing in the current edition.

"There have always been exciting games between New Zealand and South Africa over the past World Cups, and the last time that we met each other in 2015, the semi-final at Eden Park, was one of the greatest games that the Kiwis have played," he said.

"It obviously got a lot of attention back home and it was a cool one to be a part of.

"It's a chance for us to go out there and perform and show we can bring the game and the style that we play back home in New Zealand very well, to test it against quality players in foreign conditions on a big stage, so we can't wait."

Unbeaten New Zealand have defeated Sri Lanka, Bangladesh and Afghanistan so far in the tournament, with their game against India washed out.

The impressive form of Boult and his fellow pace bowlers Matthew Henry and Lockie Ferguson has been key to each victory.

"As a unit we've been going really well. With the ball, we've put it where we wanted and we've put a lot of pressure on the teams that we've come up against," Boult said.

"If we can continue to do it as a unit and obviously give us some lower totals to chase, then I will be happy.

"I think we've been lucky enough to be on a couple of new surfaces that have offered a lot to our style of bowling."