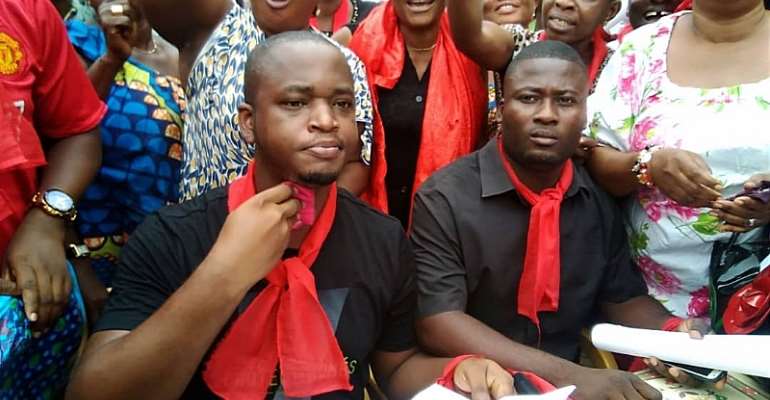 Some traders at the Kumasi Central Market have threatened to embark on a demonstration if the government does not rescind its decision to push them out of business.

The Concerned Central Market Traders Association say they are disappointed in the government over what they say are deliberate attempts to collapse their businesses.

At a press conference held Wednesday morning at the Central Market, Secretary of the group; Reuben Kofi Amey explained that though they are not in any way opposed to the redevelopment of the Central Market, the manner in which the Kumasi Metropolitan Assembly (KMA) is going about it threatens their businesses.

He says the KMA is forcibly trying to take ownership of their shops and force them to pay hefty rents which they will have to renew every five years. As if that were not enough, they will have to take loans to pay for temporary relocation into the redeveloped Kejetia market.

“What this simply means is that, once we move to Kejetia, everyone presently at Central market loses ownership of their shops. The KMA then will sublet shops in Kejetia to us at astronomical costs which we may have to get loans in order to pay.”

They say already, the KMA collects GHC1 from each of them daily and wondered why they will want to be charging them exorbitantly every five years.

They also insist that the five-year renewal clause should be set aside saying it is a recipe for politicians to exploit the traders.

The traders who were clad in black shirts and red bands say they are unable to accept the KMA’s logic and will resist it.

The traders are expected to follow today’s press conference up with a petition to the Manhyia Palace, Parliament, the Ashanti Regional Minister as well as the Ministry of Local Government and Rural Development.