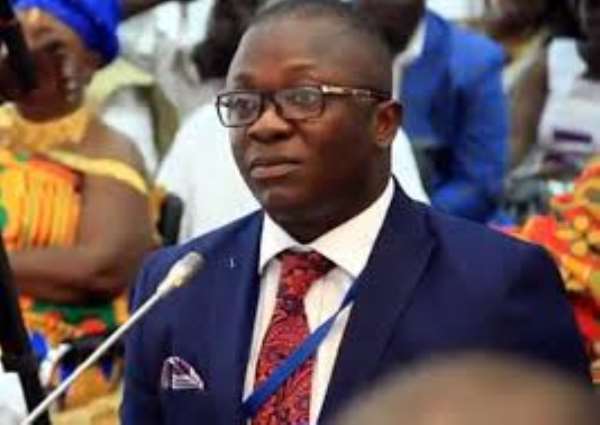 The Member of Parliament (MP) for the Abetifi Constituency who doubles as the Minister of National Security, Honorable Bryan Acheampong has been adjudged the best performing MP in the Eastern Region, a survey by the Political Science Department of the University of Ghana has revealed.

According to the findings of the study, Bryan Acheampong tops the list of best-performing MPs in the region and 3rd in the whole country on the basis of policy and delivery as well as competency and hard work.

The opinion poll 2019 dubbed “Assessment of the 275 Members of Parliament (MPs) – Perspective from the Constituents”; was carried out from March to June 2019, with funding from Konrad Adenauer Stiftung.

The findings of the study was jointly presented on Monday in Accra by Dr. Isaac Owusu-Mensah and Mr. Kaakyire Frimpong, both Senior Lecturers at the Political Science Department of the University of Ghana.

Dr. Owusu-Mensah said the survey adopted a Mixed Method Methodology, which is the use of qualitative and quantitative methods, through concurrent and transformative approaches.

He further shared that the interviews were conducted at the appropriate electoral areas and constituencies to solicit key information to validate the quantitative data.

According to him, Ghanaian voters are familiar with the role and duties their MPs were expected to carry out in their respective constituency.

He noted that the study showed that overall, 50.8 percent of Ghanaians knew their MPs as development advocates – the MPs were the agents of socio-economic development in their constituencies.

Therefore, their representation role was relevant to the extent that they are able to represent the constituents’ interests and concerns in legislation.