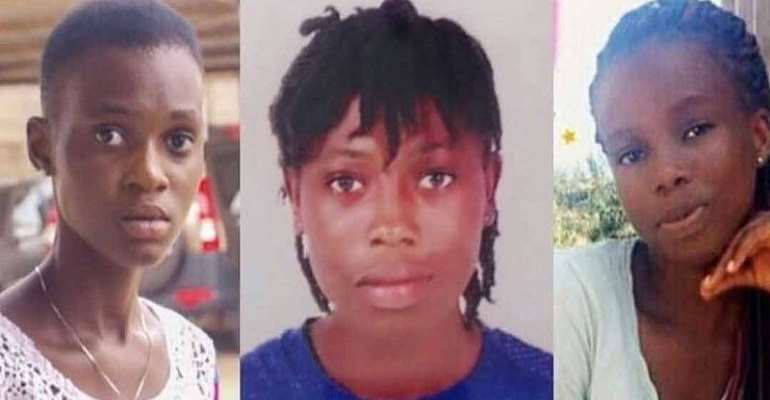 The Criminal Investigations Department (CID) of the Ghana Police Service (GPS) has made arrested the prime suspect in the kidnapping of the three Takoradi girls.

The suspected kidnapper of the three girls was arrested in Togo through a special operation by the Ghanaian police, DAILY GUIDE has learnt.

DAILY GUIDE gathered that the suspect, whose name has only been given as John, is one of the masterminds of the kidnapping of the three girls.

The suspect, according to sources, has been brought to Accra by the police and is being held to assist in investigations.

He is alleged to have transported the girls to the eastern part of Nigeria after kidnapping them, and the GPS is struggling to get the exact location where they are being kept in that country.

The prime suspect was ambushed in Togo by CID operatives and brought to Ghana, but police sources declined to make further comments on the matter.

DAILY GUIDE indicated that John helped Samuel Udoetuk-Wills, who was arrested earlier in connection with the missing girls, to escape from police cells.

According to security sources, Udoetuk-Wills told the police that John conveyed the girls to Nigeria and that his arrest would lead to the rescue of the girls.

The 28-year-old Nigerian, Udoetuk-Wills, who has been accused of kidnapping the three girls in Sekondi/Takoradi, was sentenced to 36 months' imprisonment for escaping from lawful custody and causing damage to public property.

DAILY GUIDE gathered that CID launched a manhunt for the suspect after it received information that John had taken the girls to Nigeria.

According to sources, the CID decided to search neighbouring countries for the suspect, adding that the suspect frequented Benin, Togo and Ghana after conveying the girls to Nigeria before his arrest.

Sources said the security personnel disguised themselves in the sting operation and collaborated with other security agencies to apprehend the suspect.