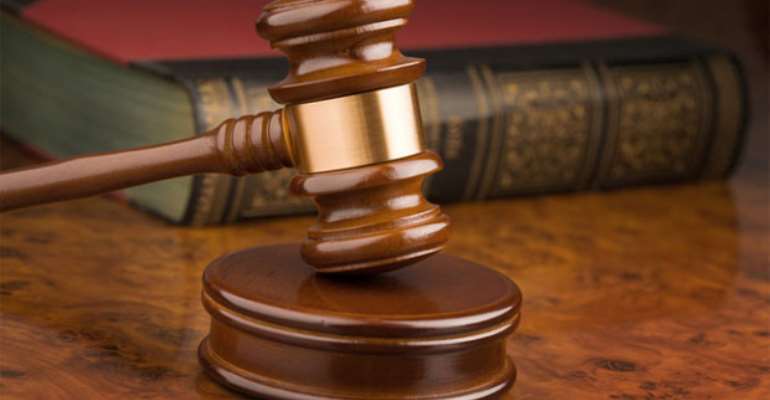 A former employee of Barclays Bank Ghana Limited, Anthony Frimpong Asare, has been dragged to court over GH¢150,000 fraud.

The 33-year-old banker, who was a lead generator at the bank's Adum branch in Kumasi, is facing four counts of forgery, including the alleged forgery of the signature of Elvis Boapeah, the bank's relationship manager.

Anthony Frimpong Asare was arrested on October 17, 2018 after Barclays Bank made a formal complaint to the police at the Manhyia Divisional Command.

Presenting the facts of the case, the prosecutor, Inspector N Kwakye, told the court that the complainants, Owusu Appiah Kubi and Elvis Boapeah, are Head of Forensic Investigations and Relationship Manager respectively at the bank.

According to him, a customer of the bank, one Regina Kumi in August last year applied for a loan from the bank, adding that the application was declined on grounds that she was self-employed.

Prosecution narrated that the accused person, who was then the lead generator at the bank's Adum Branch, visited Regina Kumi, the Chief Executive Officer (CEO) of Multi Trust Lending Financial Service, at her office on September 24, 2018.

Inspector Kwakye said Frimpong Asare told Regina he could facilitate the loan for her and adopted an elaborate scheme.

Inspector Kwakye said the accused also doctored information in the bank's system to match the forged document, indicating that the client worked as a surgeon at the said health facility for eight years and took home GH¢11,825.35 as salary.

The accused person again prepared a corresponding pay slip for the scheme and presented same to the bank.

On September 26, 2018, the accused person, who was at the Direct Sales Centre of the bank, allegedly managed to book a loan facility of GH¢150,000 and credited Regina's account.

The bank later detected that Regina, whose loan application was declined, had been credited with the said amount.

The case was referred to the Forensic Investigation Department, whose preliminary investigation revealed the fraud perpetuated on the bank, which led to his arrest.