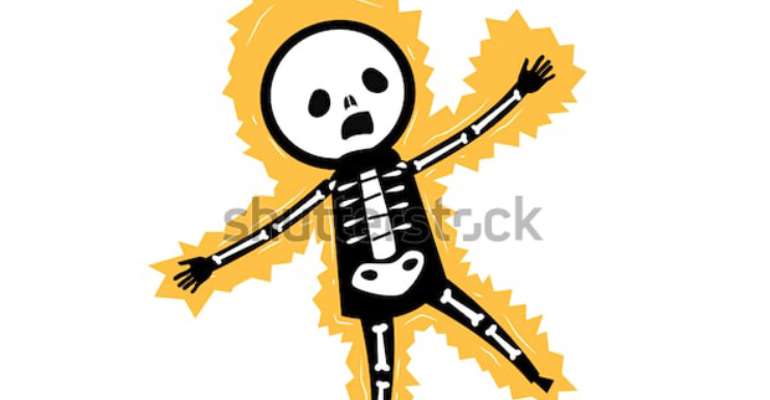 A 10-year old primary three pupil of Agona Duakwa Methodist School was electrocuted by a metalic television pole when she stepped out to buy something after washing her school uniforms and bag.

According to Police Chief Inspector Frederick Kyei -Baffour, of Agona Duakwa Police Station, the Police had information on the incident, which happened at midday after a downpour.

Chief Inspector Kyei-Baffour said the victim, Blessing Afful, fell down unconscious when she touched the TV pole and was rushed to Agona Duakwa Salvation Army Poly Clinic but was pronounced dead on arrival at the clinic.

He said the body of the 10 year old girl has been conveyed to the hospital for autopsy.

He said a 50 year old woman was also electrocuted under the same circumstances early last year.

The grief stricken mother of the girl, Madam Abena Akyere collapsed in the presence of the media personnel and NADMO officials who together with her family members revived her.

School children from Methodist Primary School, mainly her classmates who visited the family to express their condolences shed tear uncontrollably.

He warned that NADMO would go all out to remove all metal television poles in the district to avert such calamities.