Effah Dartey Writes: From Krachi To Bawku—The Message Is Clear!!! 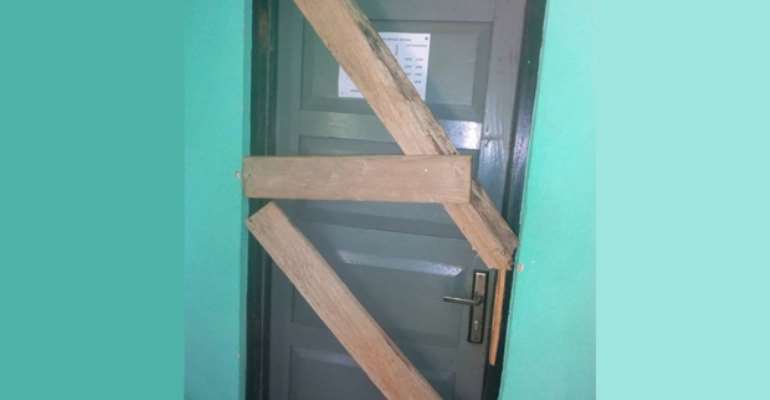 During the era of the National Democratic Congress (NDC), specifically during the period of President Atta Mills, hardly a week passed without hearing in the media that some irate youth in this or that district had ambushed and attacked their District Chief Executive (DCE).

It was as if every DCE was sitting on thorns. If anybody thought the situation would change under the New Patriotic Party (NPP) administration, that person was wrong. Hardly a month passed without news of trouble for one DCE, MCE or another in the now over 200 district assemblies in Ghana.

The latest in the landscape being the catalyst for this article is the unprecedented vandalism that took place in the usually quiet neighbourhood of Kete Krachi where irate youth forced open the door to their DCE's office, seized his mobile phones and physically sacked him from office. The DCE, Osei Nti, was rescued by the Krachi Police.

As I write these lines, a Ho High Court, presided over by Justice Eric Baah, has remanded them, pending further investigations to reappear in court on June 11, 2019 (courtesy GNA).

But hold your breath – reports from far north eastern town of Bawku indicate that the DCE for the area, Hawa, is sweating hell as her own people are trying to remove her through a vote of no confidence. Only the Good Lord Almighty knows what is in store for the DCE – will she survive? Time will tell.

I have always maintained that the only solution to this problem of agitation, endless bickering and complaints against DCEs across the country is to urge people who want to be the local governor for an area to file papers, contest openly and if they win, they should stay in office, run their manifestoes and be re-elected based on their performance, period.

Right now, since 1992, after every general election, so many hopefuls inundate the presidency with applications, deputations and lobbies for appointments as DCE. Once they get the nod and take office, who are they responsible to? Is it the party, the Regional Minister, His Excellency the President, or who?

It is an open secret that some applicants grease certain palms with handsome dole outs and once in office, they have to recoup their losses.

This is credible because the President, being human, cannot know ALL the good people all over the country. Therefore, he is compelled to rely on trusted party aides, regional ministers, presidential staffers and a whole lot of advisers who may not necessarily be as saintly as the President.

When the DCE takes office, yes, a party man, but who is he responsible to? It was His Excellency, the President, who appointed him, but he knows truly who his “godfather” is, and for the people whose daily lives he is supposed to supervise, they can literally go to hell.

The message is clear: elect every DCE, period. It is impossible for a DCE directly elected by the people to be so irresponsible with the coffers of the assembly and survive – the law will force you out.

I urge all MPs to vigorously support the moves by the NPP administration to elect DCEs, because so much pressure will be taken off their shoulders. Yours is to make laws for Ghana, and the Parliament is in Accra, so go there. But as for those of us here in Kete Krachi or Bawku, Sekondi or Keta, we want water, schools, bridges, whatever…ask the man you voted for to be the DCE, period.

Our democracy will take on a new level and push development faster once every DCE is directly elected. I cannot wait for that day.