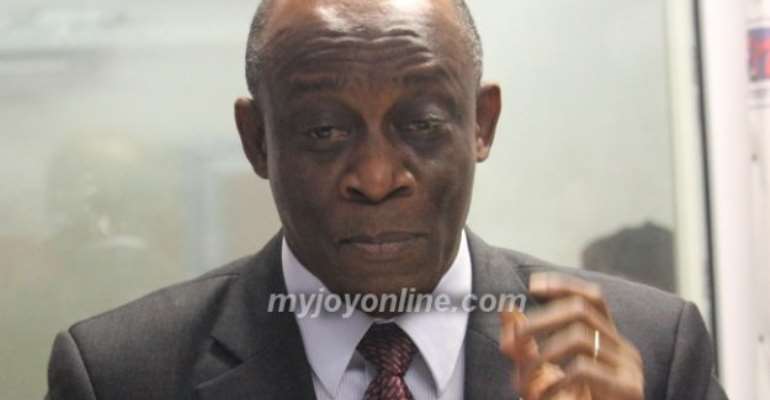 Ghana is praised for achieving fast decreases in budget deficit since FY2016, when the past government was alleged to have bequeathed GH¢7 billion arrears. As we argued in previous articles, the decreases are from fiscal ‘offsets’, not actual payments, of arrears. The reduction of end-2016 deficit of 10.3 percent of GDP with an ‘offset’ of GH¢5 billion (3.3 percent) in the same 2017 budget is now showing in several inconsistencies.

We have stated that the compilation of the GH¢7 billion (or GH¢5 billion arrears) falls outside the normal definition of arrears and is a bold attempt by the President Mahama administration to move Ghana to a semi-accrual accounting regime.

Logically, the accelerated deficit reduction should lead to less borrowing, not increase, in the rate of growth of the debt stock (debt-to-GDP ratio). Instead, as Figure 1 shows, the decline in the rate at which Ghana is borrowing has turned positive again, as it experiences a rising debt burden. It has acknowledges the revenue shortfalls, high expenditures, and recently revealed high levels of arrears.

The borrowing to support the budget is worrisome because it is in the context of the high petroleum revenues (from output and price increase) topping a 25 percent increase in [rebased] GDP. Government officials complain about high wage and interest expenses, each said to exceed 50 percent of total expenditure (i.e., ratio of 1:1 or 100 percent plus). The high expenditure is a factor in the rapid depreciation of the cedi, partly due to an exit of non-resident domestic bond holders. Yet, the primary balance, which is the ratio of total revenue to total expenditure (less interest), has been positive for two successive years. Ghana is being urged to reduce expenditures to tame the rising debt—true but without a critical look at how it could be achieving a fast pace of fiscal balance reduction under such fiscal situation.

Hence, it comes as no surprise that the 2018 Public Debt Report increases the Fiscal (Budget) Deficit at end-2018 to 7.2 percent, above the 3.4 or 3.9 percent of nominal Gross Domestic Product (GDP) in the 2019 Budget. To achieve and tout the low levels of fiscal deficit and public debt, the government decided to exclude the financial sector ‘bailout costs’ from the computations. The Minister for Finance presents the debt report to Parliament under Section 72 of the Public Financial Management Act, 2016 (Act 921).

In this article, we argue further that the end-2018 deficit is higher than 7.2 percent, after adjusting for several explicit and subtle ‘offsets’ that started in the 2017 budget. In Appendix 2(B), an amount of GH¢5.3 billion is used to instantly reduce the inflated GhH¢7.3 billion ‘arrears’ and ‘provisional’ fiscal deficit of 10.3 percent [commitment basis] and 8.7 percent [cash basis] to incredible levels of 4.5 percent (commitment) and 6.5 percent [budget] or 6.3 percent [revised budget] for 2016 and 2017.

To follow the discussions in this article further, we show the fiscal structure in Table 1 below.

The exclusion of exceptional expenses and fiscal ‘offsets for three successive years (2016 and 2018)—from the fiscal and debt levels is unconventional. In particular, the offsets in 2016 and 2017 are ridiculous since those for 2016 and 2017 occurred in the same 2017 Budget and preceded the approval by Parliament. Given insufficient attention, the current administration seems emboldened to continue with the ‘accelerated notional fiscal consolidation through ‘offsets’ in the 2018 and 2019 budgets, MOF’s fiscal tables, and, recently, the 2018 Public Debt Report.

“The provisional budget deficit outturn for 2018 (excluding the financial sector bailout) was GH¢11,674 million (3.9% of GDP), slightly higher than target (GH¢10,971 million (3.7% of GDP) on account of lower than expected revenues, relative to expenditure. Including financial sector clean-up costs, however, the provisional budget deficit outturn was GHc21,474.0 million (7.2% of GDP)”.

This update significantly puts the banking sector restructuring, a clean-up, or bailout costs at GHc9.8 billion or 3.3% of GDP—which could increase with undisclosed contingent liabilities. The deficit must include bailout costs, as they were with previous exceptional costs such as subsidy and wage overruns [under Single-Spine Pay Policy (SSPP)]. The second point in this article is that this 7.2 percent deficit could increase after eliminating all the unconventional “offsets”.

The fiscal tables compromise the fiscal ‘identities shown in Table 1, to show impressive notional fiscal outturns. The Debt Report gives details of financing, not revenues, expenditures, and deficits, and the 2019 Budget also uses end-September provisional outturns for 2017 and 2018 (Tables 5-8 [pp 39-43] and Appendix 2A [pp 199-200]). These analyses (Table 2 onwards) use the Fiscal Tables, which are more comprehensive and include arrears.

Due to the suppression of the “deficit,” line [Item 3 Table 1] to cover the “offsets” in recent fiscal management, Table 2 shows the following anomalies in fiscal “identities” and computations

As a rule [Table 1], however, the Overall cash balance [h] = Overall commitment balance

Table 3 restores the “identities” and adds the financial sector “bailout costs” to show that the fiscal deficits is higher at about 7.7 percent and not even the 7.2 percent.

As argued, we do not view the exceptional bailout cost differently from past accumulations and programmed payments of subsidy or wage arrears.

Hence, an important outcome of restoring the “identities” is that the fiscal deficit or balance rises from 7.2 percent to 7.7 percent of GDP—as are the other fiscal indicators. It is the deficit and overall balance (commitment) of 3.9 percent that MOF has been citing as gross fiscal balance. Table 4 shows the same nominal outcomes as percentages of Gross Domestic Product (GDP).

Part 1 ends with public statements that suggest that, given the “offsets”, the pressure to pay undisclosed arrears is bringing the chickens home to roost. Hence, against this background, reducing arrears to zero in the budget and medium-term expenditure framework (MTEF) gives an unrealistic picture of the potential fiscal situation from 2019 to 2022. At the recent May Day celebrations, the President, HE Nana Addo stated that MOF was owing the Social Security and National Insurance Trust (SSNIT) over GH¢3 billion in unpaid contributions. He noted that MOF would pay GH¢200 million immediately and settle a second tranche with a non-cash Bond of GH¢700 million by the end of 2019.

The arrangement to settle GH¢c700 million with a bond will definitely increase the debt stock. Further, even the payment of GH¢900 million by cash or bond in 2019 exceeds the GH¢730 million provision for arrears in the 2019 Budget. Finally, the settlement of the balance of GH¢2.1 billion will extend into the GH¢1.5 billion provision for total arrears. Hence, the 2019 Budget presumes that the final balance of GH¢600 million (GH¢2.2b less GH¢1.5b), together with other sector arrears, will be paid from regular tax and non-tax revenues with further accumulation of arrears from 2020 to 2021. This is because, as discussed in Part 2, the 2021 and the 2022 MTEF have zero provision for arrears.

At current performance, it is a stretch to assume that GRA will generate sufficient revenues to settle all expenditures within a MTEF period that starts in an election year.