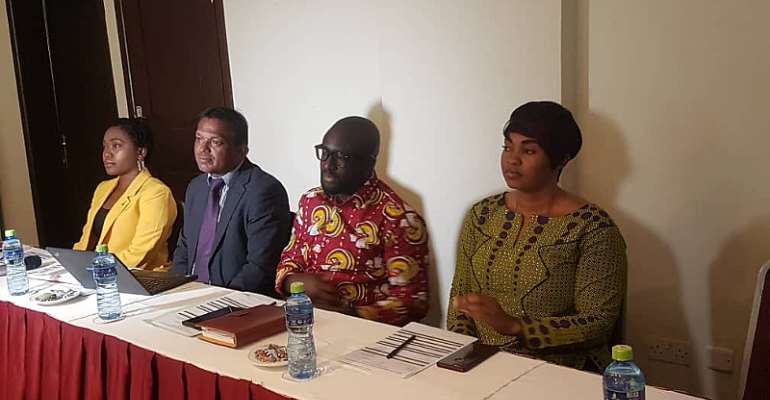 National Youth Authority (NYA) under the auspices of the Ministry of Youth and Sports (MOYS) and with sponsorship from the Commonwealth Secretariat has held One-Day Consultative Workshop to validate the State of Youth Development Report for Ghana.

Speaking at the workshop on Tuesday in Accra, Mr. Rams Sushil, the project manager of the Commonwealth Secretariat, urged the government to implement the recommendations of a new National Youth Policy when it is finalised.

He said, one of the major criticisms of Ghana's youth policy which was released in 2010, was that it was not implemented fully and as a result, the country did not reap all of the benefits, adding that, future policy should be based on facts and figures and not whims.

According to him, "The first part of having a new policy is to have a situational assessment done on youth development in Ghana. What we always do is that when policies are developed we advocate for evidence-based policies based on facts and figures not just because somebody wants to do something and puts it in the policy", he said.

He also urged all stakeholders to commit in the process of creating any new policy.

The CEO of the National Youth Authority, Mr. Emmanuel Sin-nyet Asigri commended Commonwealth Secretariat for providing a consultant to produce the report.

He explained that the report was an important step towards solving the major problems confronting Ghanaian youth including; drug abuse, illegal migration, and crime.

Detailing the methodology of the report, Mr. Michael Boampong, the founder of NGO, Young People We Care (YPWC) said the exhaustive 294-page report relied on relevant pre-existing data from organizations such as the United Nations.

He noted that he conducted focus group discussions and one-on-one semi-structured interviews with young people aged between 15-19 years as part of the research process.