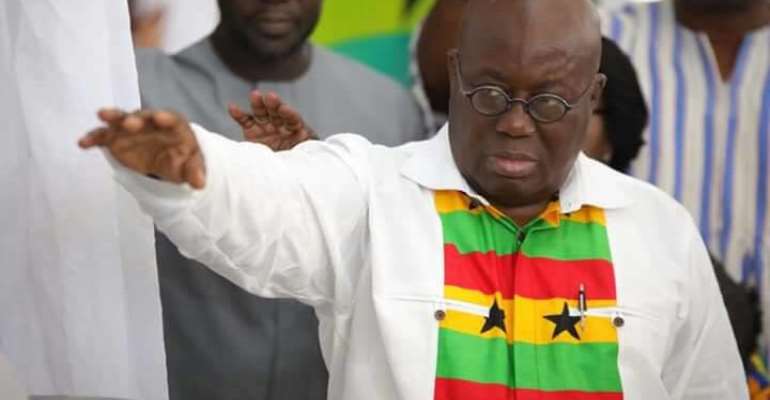 The Deputy Chief Iman of the Jomoro Municipality in the Western Region, Alhaji Siedu Jallo says the Akufo-Addo led Government has fully shown Muslims in this country his love and support making them feel at home.

According to the Deputy Chief Iman, Muslims in this country are often regarded and treated as foreigners but the Akufo-Addo led Government has changed the narrative with his recent tour and support towards the Muslim communities.

He said this when the Municipal Chief Executive (MCE) for the area visited the Muslim Community to donate food items towards Eid-Ul-Fitr at Tikobo No.1 Zongo.

The items include 40 bags of rice, 20 gallons of frytol oil, 5 bags of sugar among other items.

Alhaji Siedu, further lauded the Akufo-Addo led Government for very a successful Pilgrimage last year indicating that, adding it was one of the best ever.

"In fact, I use this opportunity to thank President Akufo-Addo and his government for the support before, during and after the Hajj and the 2018 Hajj is so far the best because government fed us well and also provided us with good health care," he emphasized.

Alhaji Siedu said Muslims would continue to pray and protect the peace of this country for rapid socio-economic development.

This, he asked Muslims to be law-abiding and seek the face of Allah in all their endeavours.

He also encouraged the Akufo-Addo government not to relent in working hard for the development of the nation regardless of the distraction from opponents adding that "since government respects the Islamic community we would also support governemnt in prayers to sail through successfully."